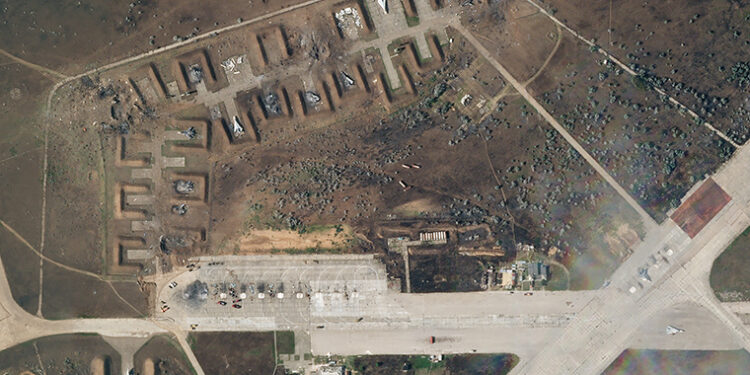 The Ukrainian army says it was able to prevent the Russian advance to the Donetsk cities of Avdiivka and Bakhmut and to the city of Kharkiv, the general staff said in an update on Wednesday evening.

“[Russia] tried to advance in the areas of the settlements Bakhmut, Kodema, Spirne, Yakovlivka and Soledar with offensive and offensive actions, but it failed, it withdrew,” the general staff said. “The enemy carried out offensive actions towards Avdiivka and Pisky, received a worthy repulsion and retreated.”

The general staff said Russia had continued to use artillery to attack Ukrainian lines.

“In order to drive Ukrainian units from the occupied borders, the enemy used barrels, rocket artillery and tanks,” it said, accusing Moscow of attacking civilian infrastructure.

Reconnaissance with UAVs and some air strikes were also reported on the eastern front line.

The Ukrainian army said Russian troops also tried to advance on certain positions around Kharkiv to “improve their tactical position” but failed.

“Ukrainian soldiers inflicted significant losses on the invaders and forced them to flee back,” it said. “In the direction of Kharkov, the enemy was actively conducting aerial reconnaissance with UAVs. It is making significant efforts to improve logistical support for units working in this direction.”

In the southern flank, Russian forces continued to concentrate on defending their positions with occasional air and land reconnaissance attacks, the General Staff concluded.