CDC forecast predicts more than 62,000 Covid-19 deaths in the US in the next four weeks 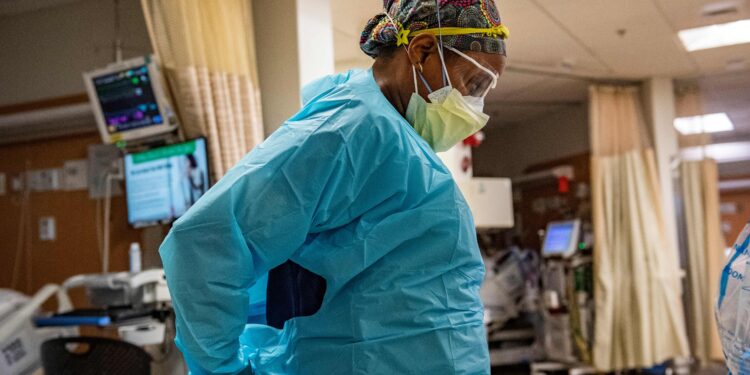 Labor leader Keir Starmer has called on British Prime Minister Boris Johnson to resign in May 2020 over a party in Downing Street.

Starmer called Johnson’s attempts to explain the party a “pathetic spectacle” and called on him to “do the honorable thing” and resign during the Prime Minister’s Questions (PMQs) on Wednesday.

A leaked email published Monday revealed that one of Britain’s top officials invited staff to “socially distancing drinks in Garden No. 10” on May 20, 2020, when the country was under strict coronavirus restrictions.

Johnson said he wanted to “apologise” about the party in his opening statement on Wednesday.

“I have to take my responsibility,” he said.

Johnson later added that misjudgments were made and that he apologizes for them.

“I want to reiterate that I thought it was a work event and Mr Speaker, I’m very sorry we didn’t do things differently that night,” Johnson said.

In the run-up to Wednesday’s PMQs, several British lawmakers have called on Johnson to resign if he misled parliament as to whether he was present at the party.

“If he has violated his own leadership, if he has not been honest, then that is an extremely important issue. If the Prime Minister has misled parliament, he must resign,” Scottish Conservative leader Douglas Ross said on Tuesday. Sky News.

Christian Wakeford, Conservative MP for Bury South, tweeted: “How do you defend the indefensible? That is not possible! It’s embarrassing and what’s worse is that it further erodes confidence in politics when it’s already low.”

Rayner told the BBC: “If he was at that party, he knows he broke those rules and must act accordingly.”

Ian Blackford, leader of the Scottish National Party in Westminster, added to calls for Johnson’s resignation.

Blackford told Sky News that if Johnson had broken the ministerial code, he “should go”.

This would “really stick in the throats of people” who would not have been able to properly mourn those who had died at the time the party was being held,” Blackford added.

On the day the party was said to have taken place, the UK recorded 268 deaths on its coronavirus dashboard.

On Tuesday, a group of people who lost relatives to Covid-19 wrote to Johnson to express their anger at new evidence that parties were taking place during the lockdown.

“On May 20, 2020, my father’s death certificate was signed. We were 30 years early planning his funeral…” Brady wrote on Tuesday on behalf of a group called COVID-19 Bereaved Families for Justice.

“I had to stand and watch my grandparents collapse over a hole in the ground, terrified that if I got near them they would get Covid and die too,” she added.