Childcare is expensive everywhere. But this country is at the top of the list 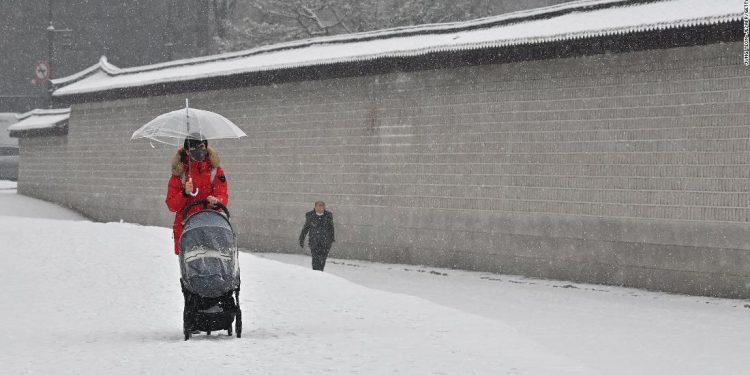 
ADVERTISEMENT
South Korea tops the list of the most expensive places to raise a child from birth to age 18, measured as a percentage of gross domestic product per capita, according to research by Jefferies †JEF† which used data from Yuwa Population Research. GDP is the broadest measure of a country’s economic activity.

China comes in second, followed by Italy. The United States is wedged in the middle of the top 14 most expensive places, between Germany and Japan.

However, in terms of the absolute amount spent, China is one of the cheapest places to have children. But it’s all relative: “If we then adjust that data to the percentage of median disposable income, China becomes the most expensive place to raise children,” the Jefferies researchers said.

ADVERTISEMENT
A large part of this is the cost of education and the cost and availability of care when the child is younger. According to Jefferies, preschool facilities in China were largely private until recently.

While that sounds like much cheaper tuition than college students in the United States, there is an important difference: “In many other Western countries, state-provided student loans are more common, and the burden is removed from the parents and transferred to the children themselves,” the Jefferies analysts said.

In America, for example, 55% of undergraduate students graduated with debt in the 2019-2020 academic year, data from the College Board shows.

What the government can do

Legislators have plenty of options to lower the cost of having children, including subsidies childcare to reduce the gap between people in different income classes.

Beijing is already taking steps to make after-school tutoring more accessible. Next on the list could be the cost of daycare and kindergarten, the Jefferies analysts think.

“We understand that the government’s aim is to have the state provide these services and/or regulate the price of private services,” they said.

The Chinese government has announced in its current five-year plan that it aims to increase the number of places in preschool for children under three years old old to 4.5 per 1,000 people by 2025 — two and a half times the current figure of 1.8 per 1,000. There are currently 42 million Chinese children under the age of three. The parents of a third of them want them to go to kindergarten, but only 5.5% can, the Jefferies report found.

Birth rates in richer countries tend to be lower than in developing countries. This is known as a “demographic-economic paradox,” meaning people with more resources choose to have fewer children than those with lower incomes.

“As China develops economically, it is very possible that it will fall into the demographic-economic paradox, as many other developed countries do, and the birth rate could fall to lower levels than many expected,” the Jefferies said. analysts.

Even now, Chinese couples are reluctant to have more than one child because of the high cost of raising them. While couples in Western countries seem to want two to three children, the numbers are lower in the East.

In addition, the marriage numbers are falling, at. But in Asian cultures, having children out of wedlock is much more unusual compared to the West.

Demographic trends such as birth rates affect a country’s businesses and economy. Aging populations struggle to keep up with their social security systems, including Social Security and public pensions, as the workforce shrinks. Over time, that could increase the need for things like automation to replace missing workers.

Demographic trends also affect companies and stocks, albeit many decades into the future, the Jefferies analysts said.

“We expect continued and significant pressure to lower the cost of raising children globally and more specifically in China,” they said.

These can be tax benefits, cash issues and subsidies.