Covid-19 cases have started to level off in Africa in past 2 weeks, WHO says 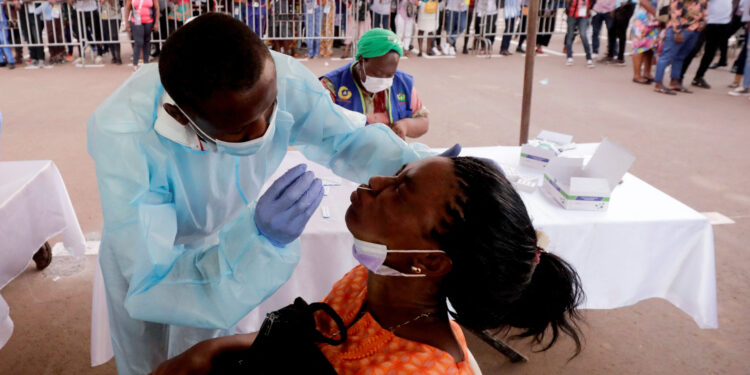 
The minimum self-isolation period for people who test positive for Covid-19 in England will be reduced from seven to five days on Monday, British Health Minister Sajid Javid announced on Thursday.

“About two-thirds of positive cases are no longer contagious by the end of day five,” Javid told the House of Commons, citing data from the UK Health Security Agency.

“After reviewing all the evidence, we have made the decision to reduce the minimum self-isolation period in England to five full days. From Monday people can test [negative] twice before they leave, leaving them isolated at the start of day six,” he continued.

Currently, anyone who tested positive in England can leave self-isolation seven days from the date of their first positive test if they received two negative LFD results, 24 hours apart, on days six and seven of their isolation period.

Javid told the Commons that “any restrictions on our freedoms should be an absolute last resort, and we shouldn’t keep them in place for a day longer than absolutely necessary.”

Despite “encouraging signs that infections are declining in London and the east of England”, he warned of the need to “act with caution”, adding that the Omicron variant “could still lead to significant numbers of people in the hospital”, due to its greater portability.

“There are already nearly 17,000 Covid-19 patients hospitalized in England, and due to the delay between infections and hospital admissions, the NHS will continue to be under significant pressure in the coming weeks,” said Javid.

Javid added that it was encouraging that England had not seen an increase in Covid-19 intensive care patients during the Omicron wave, but emphasized the importance of vaccines.

“We know Omicron is less serious, but no one should be under any illusions — it’s serious for everyone who ends up in the hospital and it’s much more likely if you haven’t had the shot,” he continued.