Dave Chappelle Didn’t Text Bob Saget Back And Regrets It 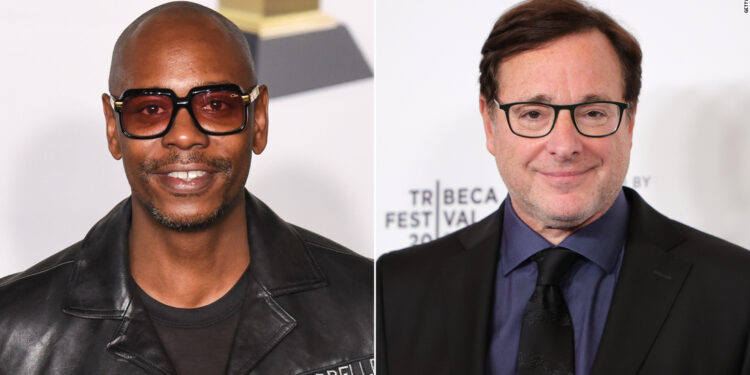 In a video on TMZ Friday, Chappelle talks about the loss.

According to the site, Chappelle was performing at the Peppermint Club in West Hollywood on Thursday night, noting that as he ages, so do his comedic peers, many of whom are older than him since he started in the industry so young.

Saget was found dead in his Orlando, Florida hotel room after one of his performances.

“But I Didn’t See It” [the death of] Bob’s coming,” Chappelle said. “Man, he just texted me and I saw the text yesterday and I never texted him back because I was just busy. It happens.”

“I’m just saying this to remind you that these moments are precious,” he added. “When I go out at night, I’m not just hanging out. I’m making memories.”

The investigation into Saget’s cause of death continues, but authorities said there was no evidence of drugs or malicious intent.
Tags: BobChappelleDailyExpertNewsDavedidntregretsSagettext