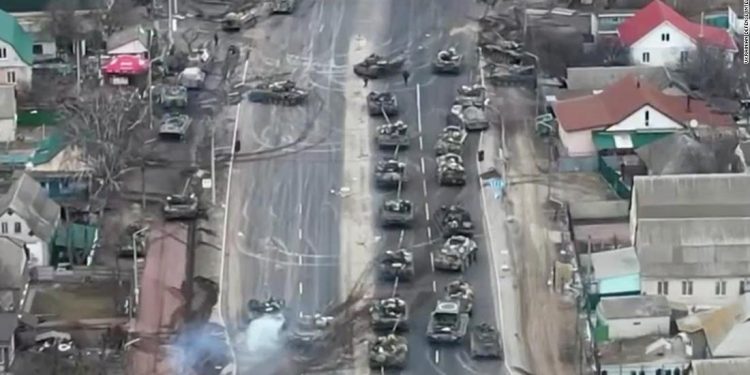 The trio of drone incidents have heightened concerns that Russia’s war in Ukraine could spill over to NATO countries, even if unintentionally, forcing the alliance to decide how to respond — if at all — to incidents taking place within its territory. boundaries.

ADVERTISEMENT
US defense officials say the errant drones that entered NATO territory appeared to be largely unintentional. Since the beginning of the Russian invasion, the US military has established a de-conflict line with Russia to reduce the risk of miscalculation and ensure that the two militaries operating so close together do not accidentally collide. The US has tested the line “once or twice a day,” according to a senior defense official, but so far it hasn’t been necessary.

But NATO has unsuccessfully tried to contact Russia via a deconfliction hotline and written letters, raising concerns over Russia’s willingness to participate as Ukraine’s invasion has spread further west toward of NATO territory, senior NATO military officials said Wednesday.

“We are, of course, trying to communicate with them,” one of the officials told reporters during a briefing at NATO headquarters. “But it requires two [sides] to communicate.”

Russia brought the fight closer to NATO’s door this weekend with precision-guided missile strikes near Lviv in western Ukraine, targeting a military training facility just 10 miles (16 kilometers) from the Polish border. Those attacks came a day after Russian officials threatened convoys supplying Ukraine with weapons from the west, although a senior US defense official said the facility was not being used for security shipments.

The US military has surveillance tools and sensors to help mitigate a potential escalation, including the ability to pick up radar emissions and infrared signatures from missile launches from Russia or Belarus. U.S. officials can then analyze the expected trajectory and try to keep an eye on it — so if it deviates, there’s understanding whether it’s intentional or accidental, defense officials said.

While the US and NATO have halted drone surveillance flights in Ukraine, the US military is flying surveillance drones and U-2 aircraft along the border, as well as overhead satellites, officials said. NATO also routinely flies its Airborne Warning and Control System (AWACS) aircraft near Ukraine. Patriot air defense systems have also been deployed in Poland to help respond to projectiles that could penetrate NATO airspace.

“There are a lot of drones flying around and so everyone is nervously looking over their shoulder at what’s going on,” said Tom Karako, senior fellow at the Center for Strategic and International Studies. “Given the magnitude of what Russia is doing here, this sort of thing isn’t surprising. It’s one of the reasons why everyone is so wired right now.”

A risk for accidents

Tensions over the prospect of Russian drones or bombs landing on NATO territory come as the Biden administration has carefully drawn a line about what it is willing to do to help Ukraine fight the Russians. The US and NATO have provided Ukraine with hundreds of millions of dollars in security assistance, including anti-air and anti-tank missiles, but the Biden administration opposed a plan whereby the US would deliver Polish fighter jets to Ukraine through a German air base, warning it would escalate.

US and NATO officials have also made it clear that they have no intention of deploying troops in Ukraine. But amid pledges from President Joe Biden and other top officials to defend “every inch” of NATO territory, US and NATO officials are stepping up surveillance and patrols near the alliance’s border with Ukraine and to guard against any unintended escalation.

“We are stepping up our vigilance, our presence, the way we guard our airspace,” NATO Secretary General Jens Stoltenberg said at a news conference this week. “We’re increasing both the capabilities we need to monitor to track, but also to make sure we can respond if we need to.”

Stoltenberg pointed to new Patriot batteries for air defense missiles deployed along the alliance’s eastern flank. The drone incidents, he said, “highlight that with more military activity in the air, with drones and aircraft, there is a risk, for example accidents.”

“That’s why we have to be extremely vigilant, we have to react when necessary and we have to make sure we have the communication, the line of communication also with the Russians to prevent any agency from creating really dangerous situations,” Stoltenberg said.

Retired Lieutenant General Mark Hertling, a national security and military analyst for DailyExpertNews, said drones could drift off course if a pilot loses control, and the unguided missiles Russia uses could miss a target, with a range that the US could see. increased opportunity to enter NATO territory, especially as Russian troops advance further into western Ukraine.

But in any incident that could involve NATO airspace or territory, Hertling said, communication is key to avoiding escalation.

“The details are important, and if a NATO country is affected, we can get the details better from Russia,” he said. “And it better be quick, because that’s an escalating move too.”

Eyes in the sky

The Russian drone that the Ukrainian military said it shot down after coming out of Polish airspace appeared to be guarding the military training center that Russia attacked on Sunday, according to the Wall Street Journal.
Croatian Defense Minister Mario Banozic said the drone that crashed in an urban part of Zagreb flew through three NATO countries after leaving Ukrainian airspace, according to the Associated Press. While the defense secretary said the drone was armed with an explosive device, Stoltenberg told reporters it appeared to be unarmed.

“There are elements that indicate it could come from both Ukraine and Russia,” Bonozic said.

Stoltenberg said NATO’s air and missile defenses were tracking the “flight path of an object” that entered Romanian airspace on Sunday, and Romanian fighters rushed to investigate it. He said NATO was investigating both the Romanian and Croatian incidents.

According to the current assessment by NATO’s Supreme Allied Commander, officials said, there is “currently no threat to NATO as such. No intentional threat from Russia. Russia is currently occupied with Ukraine.”

But of course there are risks, the officials added, which is why there are now discussions about moving NATO’s defense systems further east.

“As we have now seen Russia’s readiness again, in the center of Europe, to use military means to achieve political goals, it is worthwhile, and will be discussed, to make progress with the integrated air and missile defense system to cover the areas bordering Russia,” said one of the officials. Those areas include Belarus and possibly Ukraine, he added.

Jeff Edmonds, a senior analyst at the Center for a New American Security and former director for Russia on the National Security Council, said the risk to NATO territory will only increase as Russian forces move further west — and closer to the supply of weapons that NATO supplies to Ukrainian troops.

“If and when they make progress west, the more likely they will feel they have the freedom to maneuver to deal with things coming across the border,” Edmonds said of Russian forces. “One scenario here is Russia strikes — it doesn’t really matter which side of the border — as long as it hits the target, assuming they can call the US and NATO bluff and not call for a full-blown war. ”

Asked about Poland’s call on Wednesday to send NATO troops to Ukraine on a “peace mission,” NATO military officials suggested such a plan would be untenable.

“We’re looking at two nation-states at war. If they agree on a reliable and robust peace settlement, I don’t necessarily see the need for a peacekeeping mission,” one of the officials said. “And if you look at the other version of ‘peacekeeping’, which is actually ‘peacekeeping’, I mean, that’s war with Russia.”

“We would then have to ‘protect’,” the official explained, “and then shoot, then kill, and then destroy.” 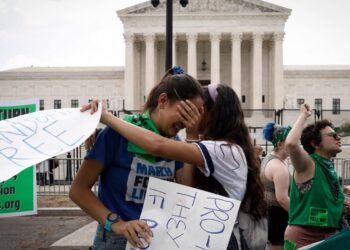