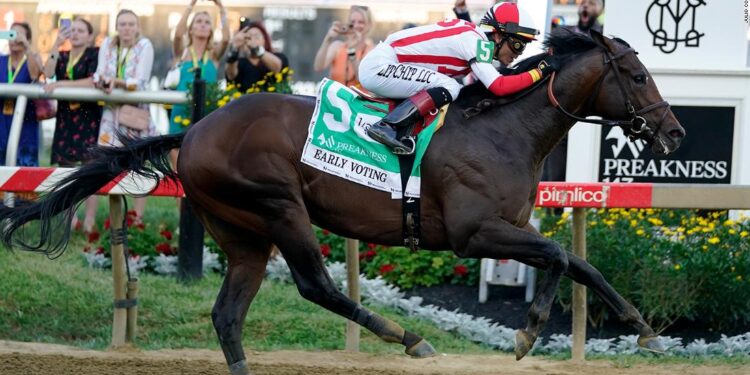 The horse, with a 5-1 chance, put in a strong finish, passing runner-ups Epicenter and Creative Minister along the track. The victory in the Preakness Stakes is the first for jockey José Ortiz.

“It’s a huge race. It’s a dream come true and it’s great to share this moment with my family, my mother, my father. I know they are watching me,” Ortiz said in tears immediately after the race.

With midday temperatures in the 90s, it was the hottest day of the year in Baltimore, according to the NBC broadcast of the race.

Absent from the nine-horse field on Saturday was Kentucky Derby winner Rich Strike. The horse’s owner, Rick Dawson, said that while the race was tempting, it didn’t fit their plans, eliminating the chance of a three-time crown-winning horse in 2022.

Rich Strike is expected to return to competition for the final leg of the triple crown at the 154th running of the Belmont Stakes at Belmont Park in Elmont, New York, on June 11.