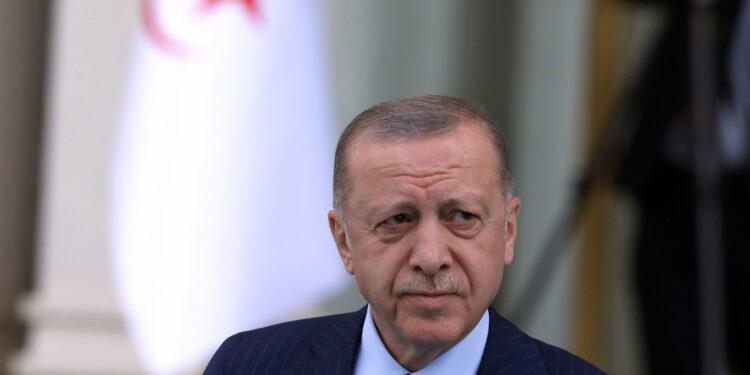 Turkish President Recep Tayyip Erdogan said Monday he would not approve Sweden and Finland’s NATO membership if they sanction Ankara.

At a press conference in Ankara, Erdogan said Swedish and Finnish delegations should not bother coming to Turkey to try and convince Turkey to approve the country’s NATO membership.

“Even when they say ‘we are against them’, on the contrary they have statements stating that they will not extradite the terrorists they are required to extradite to Turkey,” he said.
He added that Sweden is a “nest” for terror organizations, saying it allows terrorists to speak in parliaments.
“They have special invitations for terrorists. They even have pro-PKK MPs in their parliaments. How are we going to trust them?”

Erdogan reiterated the same stance last week when he told a news conference in Istanbul that he was not looking at the prospect of Finland and Sweden joining NATO “positively”, accusing both countries of harboring Kurdish “terrorist organizations”.

The PKK, or Kurdistan Workers’ Party, which strives for an independent state in Turkey, has waged an armed struggle with Turkey for decades and has been designated a terrorist organization by Turkey, the United States and the European Union.