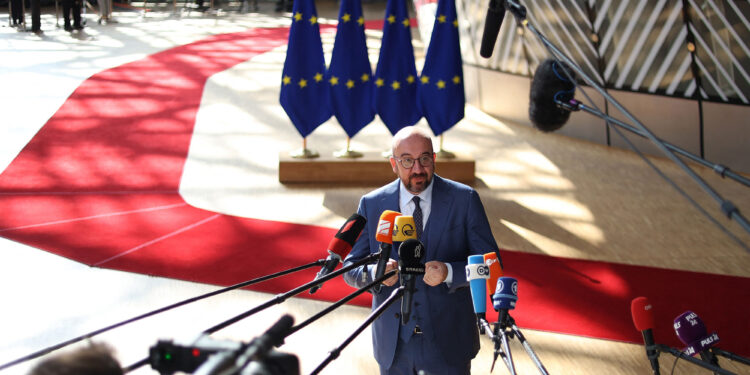 
According to Ukrainian officials, Russian forces have taken control of two more settlements near the strategic city of Lysychansk in their offensive to take the rest of the Luhansk region.

Shrinking Area: It appears that the area defended by Ukrainian forces, where the Luhansk and Donetsk regions meet, has continued to shrink as Russian attacks from three sides continue.

Since yesterday, Loskutivka and Rai-Oleksandrivka have been occupied by the enemy,” Serhiy Hayday, head of the military administration of the Luhansk region, said on Thursday.

Both villages are southwest of Lysychansk and within 8 kilometers (5 miles) of the main road connecting Lysychansk to the west.

Russian offensive: In its operational update for Thursday, the General Staff indicated that Russia’s focus was now on taking the highway.

The Russians were trying to “capture the dominant heights in the Berestove area to gain control of the Bakhmut-Lysychansk highway” and had brought in an additional tactical battalion group,” it said.

In neighboring Severodonetsk: Hayday said Ukraine “continues to deter the Russians” but that “the occupiers are destroying industrial plants”.

“The Russian army is ‘liberating’ Severodonetsk from life and jobs,” he said.

Missiles and shelling: Lysychansk was shelled several times on Wednesday, with several settlements around the two cities facing air and missile strikes, Hayday said. Despite the shelling, some civilians had been evacuated from Lysychansk and humanitarian supplies were brought to the city.

Striving for full control: The Ukrainian army said on Thursday that “the enemy is focusing its main efforts on gaining full control over the city of Severodonetsk, conducting offensive operations to encircle our forces near the city of Lysychansk and blocking key logistics routes. ”

It said the Russians were also preparing to bridge the Siverskiy Donets River.