Europe rolled out 5G without harming aviation. here’s how 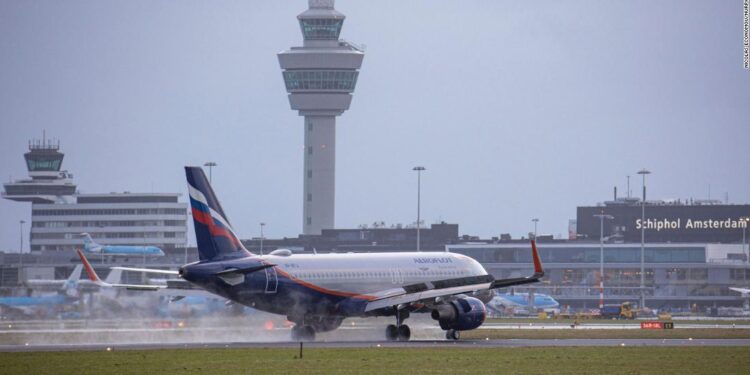 But in Europe it is business as usual, where the latest generation of fast mobile networks is rolled out smoothly.

“At this time, EASA is not aware of any incidents during use caused by 5G interference,” added the regulator, which oversees civil aviation in 31 European countries.

The story is much the same in the UK, where the Civil Aviation Authority issued a safety notice on Tuesday stating that “there have been no confirmed cases of 5G interference leading to aircraft system failure or unexpected behaviour.”

The lack of alarm in Europe stands in stark contrast to the United States, where airlines have warned of catastrophic consequences for aviation and the economy if superfast 5G mobile service is expanded without additional safeguards. US airlines and aviation regulators have warned that 5G antennas near airports could distort the readings of radar altimeters, which tell pilots how far they are from the ground.

“All failures or interruptions of [radar altimeters] could … lead to incidents with catastrophic consequences, potentially resulting in multiple fatalities,” the International Air Transport Association (IATA) and the International Federation of Air Line Pilots’ Associations (IFALPA) said in 2020.

Why is there a potential problem in the United States but not in Europe? It comes down to technical details.

Cell phone companies in the United States are rolling out 5G service on a spectrum of radio waves with frequencies between 3.7 and 3.98 GHz. The companies paid the US government $81 billion in 2021 for the right to use those frequencies, the so-called C-Band. But in Europe, 5G services use the slower spectrum from 3.4 to 3.8 GHz.

“If proper mitigation is not in place, this risk could have a major impact on aviation operations in the United States and in other regions where the 5G network is deployed beyond the 4.2 to 4.4 GHz frequency band,” IATA and IFALPA said. in their statement.

According to the US Federal Aviation Administration (FAA), there are other differences in how 5G is being rolled out. Some countries use lower energy levels, limiting the placement of 5G antennas near airports and requiring them to be tilted downwards to limit potential interference with aircraft.

In France — quoted by telecom carriers such as AT&T (t) and Verizon (VZ) as an example of 5G and aviation working together seamlessly — the height of a 5G antenna and the strength of the signal determine how close it is allowed to a runway and an airplane’s flight path, according to a technical note from the French National Frequency Agency (ANFR).

Antennas around 17 major French airports should also be tilted away from flight paths to minimize the risk of interference, Eric Fournier, the agency’s director of spectrum planning and international affairs, told DailyExpertNews.

“In the beginning, we took measures that were quite protective because we had little information about the reality of the problem,” Fournier says.

The French Civil Aviation Authority told DailyExpertNews on Wednesday that “no case of 5G technology interfering with aircraft altimeters has been recorded by French operators.”

The FAA is so concerned about potential interference with altimeters that it issued an urgent order in December to ban pilots from using altimeters that could be affected around airports where poor visibility requires it. The rule could prevent planes from going to some airports in certain circumstances, as pilots would not be able to land with instruments alone.

EASA acknowledged the FAA’s concerns in December, noting that they are “addressing specific situations specific to operations in US airspace”. The European regulatory authority has recommended that airlines “expose flight crews to unreliable radio altimeter scenarios during training” and ensure that flight crews are aware of “the potential deterioration in the performance of installed radio altimeters”.

In the United States, disagreements over the risk of 5G have turned into a bitter public dispute involving federal regulators as well as aerospace and telecom companies. Major airlines, including British Airways, Lufthansa (DLAKY) and Emirates have canceled flights to the United States, citing the issue.
“We were not aware that the power of the antennas in the United States [has] doubled compared to what is happening elsewhere. We were not aware that the antenna itself was placed in a vertical position rather than a slightly inclined position,” Emirates president Tim Clark told DailyExpertNews Business on Wednesday.

“So based on that, we decided late last night to suspend all our services until we had clarity,” he added.

AT&T, which owns DailyExpertNews’s parent company, and Verizon both announced Tuesday that they would delay the activation of 5G on some towers around certain airports. The rollout of the wireless technology near major airports was scheduled for Wednesday.

“We are frustrated by the FAA’s inability to do what nearly 40 countries have done, which is to deploy 5G technology safely without disrupting airline services, and we urge the FAA to do so in a timely manner,” he said. Megan Ketterer, an AT&T spokesperson. 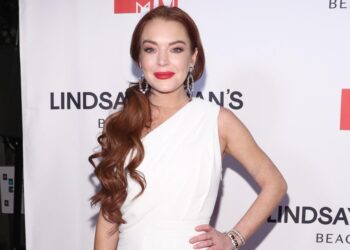