Fire in Shanghai petrochemical complex kills at least one person 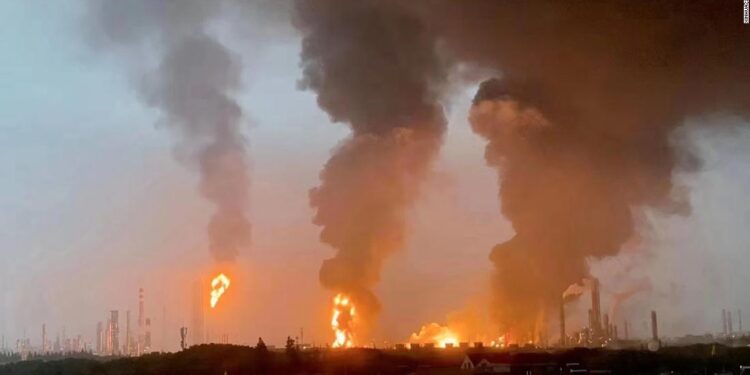 
The fire occurred in the area of ​​the ethylene glycol plant of the Sinopec Petrochemical Complex at about 4 a.m. in Jinshan city district, the company said on its official Weibo account.

According to the Shanghai Fire Department, rescue teams were dispatched from Jinshan and Fengxian districts and the city’s chemical industrial park. Rescue operations are underway, it added.

At about 9:00 a.m. local time, the company said the fire was “under control”.

In a video posted by Shanghai residents on social media and reviewed by DailyExpertNews, at least one explosion occurred at the petrochemical plant as the fire raged.

In 2015, at least 173 people were killed in a series of explosions at a chemical warehouse in the northern port city of Tianjin.
Last October, at least three people were killed and more than 30 injured in a powerful explosion at a restaurant in the northeastern city of Shenyang. The gas explosion took place in a mixed residential and commercial building.
ADVERTISEMENT
Tags: complexDailyExpertNewsfirekillsPersonpetrochemicalShanghai