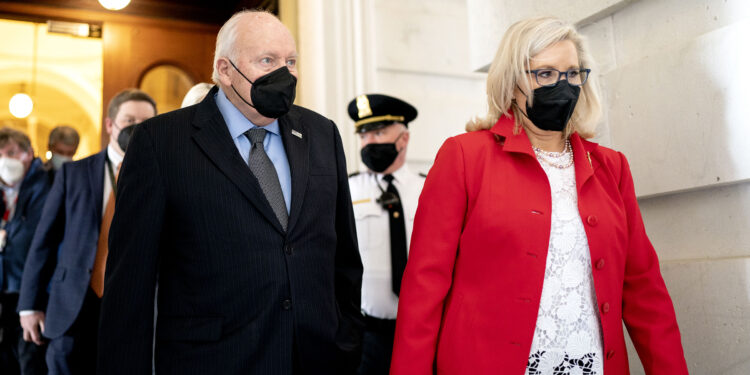 Senate Majority Leader Chuck Schumer warned that the “crowd mentality” of Jan. 6, 2021, continues today on the one-year anniversary of the Capitol attack, and that it can “become poison” if allowed to fester.

“History’s warnings are clear. When democracies are in danger, it often starts with a mob. That’s what happened here in this building a year ago,” Schumer said on the Senate floor.

“The mob may start out as a small number, but if it is allowed to grow and leaders encourage the mob, encourage it, it can become poison. That’s what Donald Trump does,” he said.

“The toxic mob mentality lives on today in threats against election workers, pollsters and even other officials such as school administrators and health workers. This is what erodes a democracy,” Schumer said.

Schumer also shared his personal experience in the Capitol last year. He said he was “within 10 meters of these vicious, racist, bigoted insurgents”, adding that he was later told that some made an anti-Semitic remark about him.

“And I saw something that I later learned has never happened before, the flag of the Confederacy flying in this precious Capitol. That’s just one of many searing, grotesque images of that unimaginable, most un-American day, ” he said.

Schumer urged others to “call it what it is” and speak the truth about the January 6 attack.

“Too many, often dependent on their loyalties, seem desperate to sweep the memory of January 6 under the rug. Working too much to rewrite the history of what happened, to downplay or excuse or even defend the mob, to excuse an uprising. of this Capitol. … We have a duty not to let that happen, because history teaches us that when you ignore or paint over this kind of violent action, it will often return in worse shape than it was originally,” Schumer said.

“Just as the Big Lie inspired the January 6 attack, the Big Lie is spreading like a disease in state legislators across the country, where we see the most restrictive attempts at voter suppression since Jim Crow, since Jim Crow, in the United States. 21st century America, the clock has been turned way back,” he said.