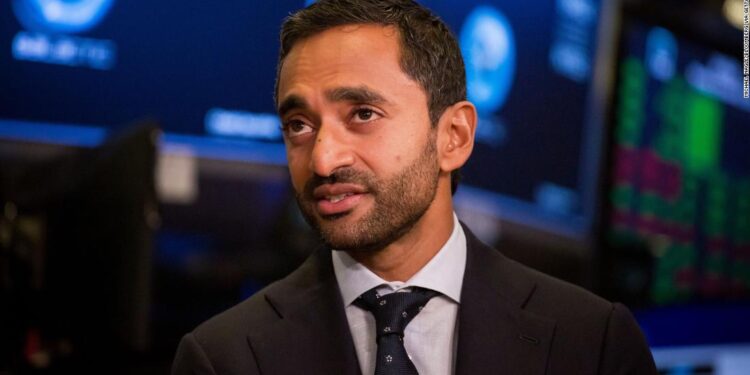 “Nobody cares what happens to the Uyghurs, okay? You bring it up because you really care, and I’m glad you care, the rest of us don’t care,” Palihapitiya said, while Calacanis reacted with surprise.

“I’m just telling you… a very hard, ugly truth. Of all the things I care about, yes, it’s below my limit.”

Co-host David Sacks said the average person would care when the topic is presented to them, but Palihapitiya continued: “I care that our economy could turn a dime if China invades Taiwan… I care about climate change. …I care about America’s crippling and dilapidated healthcare infrastructure.

“But if you ask me, ‘Do I care about part of a class of people in another country?’ Only when we can take care of ourselves will I give them priority over us.”

“We’re not doing enough domestically to actually express that opinion in real, tangible ways,” he said. “So until we actually clean up our own house, the idea that we’re stepping outside our borders…about someone’s human rights record is deplorable.”

In a statement to DailyExpertNews on Monday, the Warriors distanced themselves from Palihapitiya’s comments: “As a limited investor who does not hold day-to-day operational functions with the Warriors, Mr. Palihapitiya does not speak on behalf of our franchise and his views certainly do not reflect those of our organization. .”

The NBA did not respond to DailyExpertNews’s request for comment.

‘I come across as lacking in empathy’

Palihapitiya is listed as a member of the board of directors on the Warriors website. According to CNBC, he owns 10% of the Warriors.
After a torrent of criticism on social media, Palihapitiya . has addressed his comments on Twitter, where he posted a statement with the caption, in part: “Important issues deserve nuanced discussion.”

“On re-listening to this week’s podcast, I recognize that I come across as lacking in empathy. I fully recognize that. As a refugee, my family fled a country with its own human rights issues, so this is something that’s very much a part of my lived experience.

“To be clear, I believe that human rights matter, whether in China, the United States or elsewhere. Period.”

Boston Celtics center Enes Kanter Freedom was one of the prominent critics of Palihapitiya’s comments about the Uyghurs. Freedom recently changed its name from Enes Kanter. He told DailyExpertNews that his new last name comes from what his teammates have called him.

In recent months, the 11-year-old NBA veteran has used social media and specially designed clothing during NBA games to draw attention to and criticize China’s treatment of the Uyghur community, a Muslim minority in the far west of the country.

The US State Department estimates that as many as two million Uyghurs and other ethnic and religious minorities have been detained in internment camps in China’s Xinjiang region since 2017.

Former detainees claim they were subjected to intense political indoctrination, forced labour, torture and even sexual abuse. China has repeatedly denied allegations of human rights abuses in the country.

Freedom has also made people aware of China’s treatment of Tibet, Taiwan and Hong Kong, and has more recently called for a boycott of the 2022 Winter Olympics in Beijing in protest.

Freedom’s comments have sparked a backlash in China, with Celtics games being pulled by Chinese video streaming site Tencent and the government criticizing Kanter’s comments.

With a clip of Palihapitiya’s comments, Freedom said on Twitter: “When [the NBA] says we stand for justice, don’t forget there are people who sell their souls for money and things like (Palihapitiya) the owner of (the Warriors), who says ‘Nobody cares what happens to the Uyghurs.’

“When genocides happen, it’s people like this who make it happen. Too bad!”

When asked about their response to Palihapitiya’s comments, China’s Foreign Ministry spokesman Zhao Lijian said at a briefing on Tuesday: “I have not heard the relevant information you mentioned. However, what I can tell you is that Xinjiang affairs are purely China’s internal affairs, and we will never tolerate any outside interference.”

In December, an independent tribunal in London ruled that China has committed genocide against Uyghurs and other ethnic minorities in Xinjiang, accusing China’s senior leadership, including President Xi Jinping, of “primary responsibility” for acts against Muslim minorities.