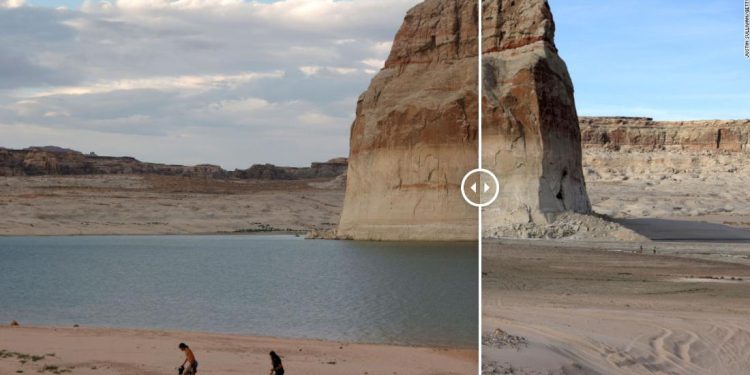 ADVERTISEMENT
A few before and after photos at Lake Powell illustrate how alarming the transformation has been. The “before” was taken on June 23, 2021 and the “after” was taken on Sunday. In the first image, countless waves lap the landscape and the lake surrounds the massive Lone Rock; in the second – from the same vantage point – the ground is dried out, there is no puddle in sight.

At about 24% full, Lake Powell is at its lowest level since 1963, when the Glen Canyon Dam was built and the reservoir near the Utah-Arizona border was filled.

Water flowing along the Colorado River fills Lake Powell and Lake Mead — another critical reservoir to the west — and the river system supports more than 40 million people in seven western states and Mexico.
Both reservoirs provide a critical supply of drinking water and irrigation for many communities in the region, including rural farms, ranches and indigenous communities.
This month, Lake Powell’s water level dropped below a significant threshold below which the water shortage becomes acute. Much below this level, the Glen Canyon Dam is at risk of no longer being able to generate hydroelectric power at the Glen Canyon Powerplant.
There is a 1 in 3 chance that Lake Powell’s level will be too low for the plant to generate electricity by 2023, according to a report by the U.S. Bureau of Reclamation released in September. At full capacity, the dam produces power for approximately 5.8 million homes and businesses from Nebraska to Nevada.
The megadrought in the West is the worst in centuries, scientists have found. The period from 2000 to 2021 was the driest in 1,200 years, according to a study published in February.

The man-made climate crisis has made it 72% worse, the study noted. 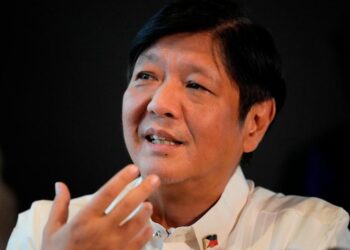 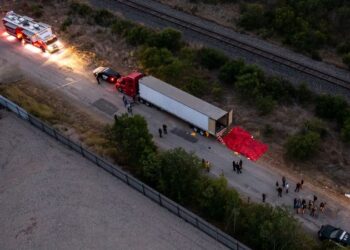