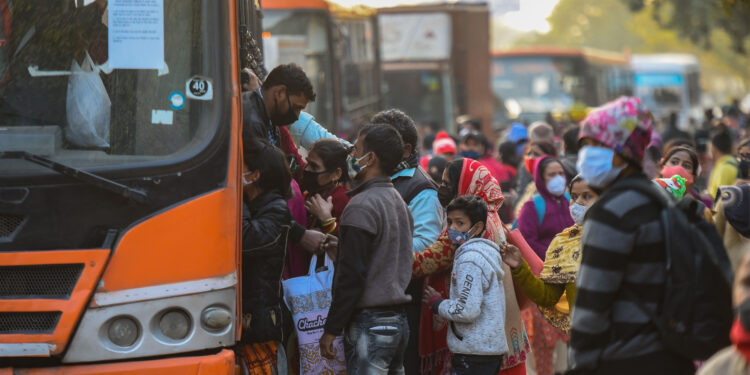 Japan reported 501 new cases of Covid-19 on Wednesday — the first time the country has crossed the 500 mark in more than two months.

The rise in cases, after a long period of low infection numbers, raised concern as the public prepared to travel across the country to celebrate the new year.

Posted in a video message on Twitter Wednesday, Japanese Prime Minister Fumio Kishida pledged to strengthen measures to prevent the spread of Omicron infections through the community by preparing for worst-case scenarios.

“I will do my best to make oral medicine widely available and secure the health care system,” Kishida said.

Japan fully vaccinated nearly 80% of its population on December 27. More cases have been reported across the country in recent months, with fewer than 100 reported cases per day since October, having previously surpassed 25,000 daily infections in the summer.

But Japan reported its first locally transmitted case of Omicron on Dec. 23 — and cases of the highly transmissible variant have been slowly increasing nationwide.

Cases on US military bases: In a press release Wednesday, officials at the US Marine Corps Air Station Iwakuni in western Japan’s Yamaguchi prefecture said 80 personnel had tested positive for Covid.

That is the highest number reported to the base in a single day.

Meanwhile, at the Hansen camp of the Marine Corps in southern Okinawa prefecture, nearly 300 people have so far been confirmed to be infected, according to Japanese public broadcaster NHK. The Japanese Ministry of Foreign Affairs thinks that 47% of the samples are of the Omicron variant.

At a news conference last week, Cabinet Secretary Hirokazu Matsuno said US forces in Japan failed to test their personnel before leaving the United States, in a move that undermines Tokyo’s request to follow its border control measures.

Japan had urged the US military to abide by coronavirus testing and quarantine rules last Wednesday as the Camp Hansen cluster grew.

In response, Marine Forces Japan has reintroduced mask mandates for everyone on the base, regardless of vaccination status, except for activities such as eating or exercising.