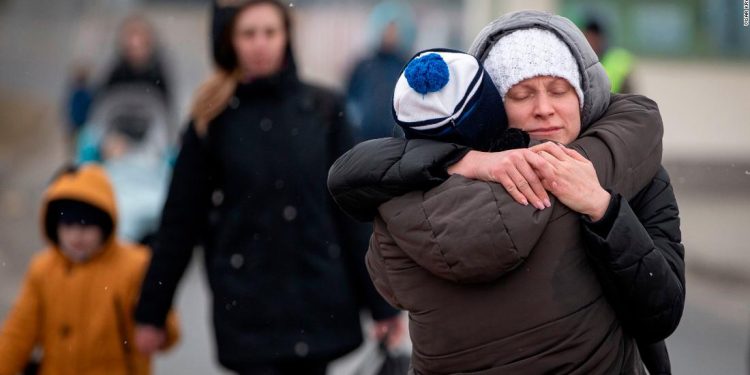 The Ukrainian government has agreed on an evacuation corridor for civilians fleeing from the northeastern city of Sumy, which has suffered sustained Russian attacks and airstrikes in recent days.

Iryna Vereshchuk, Ukraine’s Minister of Reintegration of Temporarily Occupied Territories, said the corridor had been agreed upon by the Russian Defense Ministry in a letter to the International Committee of the Red Cross.

The route for the evacuation corridor would lead from Sumy via Holubivka and Lokhvytsia to Poltava, a city in central Ukraine. It will open Tuesday from 9 a.m. to 9 p.m., Vereshchuk said, adding that “all obstacles … along the entire route must be removed.”

She added that Ukraine hoped that the Sumy corridor would be followed by others.

Bombing in Sumy: The announcement comes after a Russian airstrike on an apartment building in Sumy killed nine civilians, including two children, according to Ukraine’s State Emergency Services (SES).

On Sunday, a Russian strike struck an evacuation crossing point outside Kiev, killing eight people, including two children who tried to flee.

On Monday, Ukraine’s ambassador to the UN accused Russia of blocking attempts to evacuate civilians, adding that it was “appalling” that Russian forces opened fire on evacuees after both countries assigned certain roads to use as evacuation corridors.