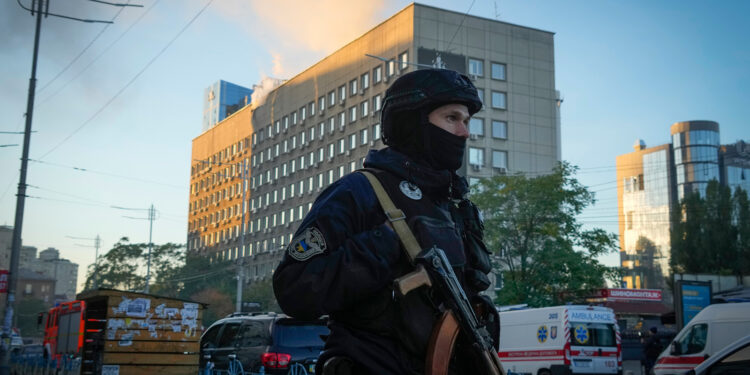 “It is known that part of the station was recently controlled by a Kadyrov gang … who placed equipment and weapons directly in turbine halls #1 and #2,” the Center of National Resistance said in a statement.

The center is a military organization designed to support and coordinate Ukrainian forces.

On Wednesday, Chechen leader Kadyrov wrote in a Telegram message that his unit is located in Enerhodar, a town next to the factory in Zaporizhzhya. He accused Ukrainians of “arbitrary firing on the coastline of Enerhodar, the industrial area and the Zaporizhzhya nuclear power plant.”

To remind: The Zaporizhzhya plant, the largest nuclear complex of its kind in Europe, was seized by Russian forces at the start of the war.

In its statement, the Center of National Resistance also claimed that “Russia is trying to connect the Zaporizhzhya nuclear power plant to its electricity system as soon as possible.”

“The occupiers are hastily implementing measures to convert the spent fuel storage system at the ZNPP to Russian standards, and are adapting all of the ZNPP’s nuclear reactors to use Russian fuel assemblies,” the Center wrote.

More context: The Chechen Republic is a region in the Northern Caucasus region of Russia.

Russian forces fought a brutal war for control of the area in the mid-1990s and early 2000s. Kadyrov was once a guerrilla who fought against Russia before switching sides.

During the Second Chechen War, which coincided with the rise of Putin, Kadyrov helped Moscow take control of the Chechen Republic from the separatist rebels.

Kadyrov has been accused by international and independent observers of gross human rights violations in his homeland and beyond. He leads sizable paramilitary forces that – although formally part of Russian security structures – have personal loyalty to him.