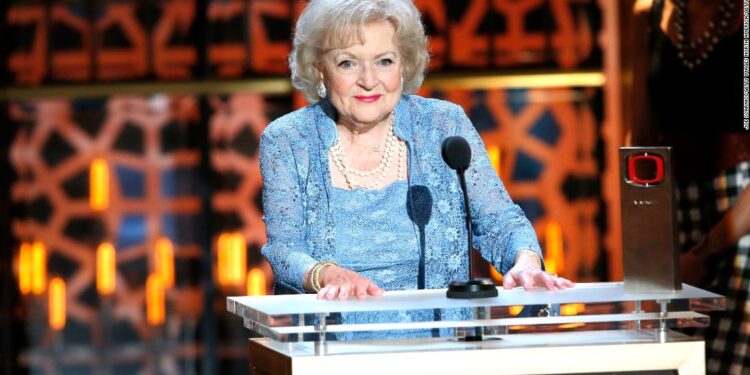 Betty White was weeks away from her 100th birthday and had a big party planned.

White, who died Friday, would have turned 100 on January 17. A movie event planned prior to her death to celebrate the occasion will go ahead as planned, according to the producers of the film “Betty White: 100 Years Young – A Birthday Celebration.”

“Our hearts mourn today the passing of Betty White. Over the many years we have worked with her, we have developed a great love and admiration for Betty as a person and as an accomplished entertainer,” said film producers Steve Boettcher and Mike Trinklein in a statement to DailyExpertNews. “We are grateful for the many decades of joy she has brought to everyone. Betty always said she was the ‘happiest woman on two feet’ to have had a career as long as she has. And frankly, we were the lucky ones to have had it. her for so long.”

The film explores White’s career and follows her daily life, including her work, entertainment at home and her advocacy for animals. It is set to be shown in 900 theaters across the country via Fathom Events and was originally going to feature live footage from White’s actual birthday party.

“We will continue with our plans to screen the film on January 17 in the hope that our film will be a way for all who loved her to celebrate her life – and experience what made her such a national treasure. Boettcher and Trinklein said.

“Who doesn’t love a party?!? This one is going to be AMAZING!” White said in a statement to DailyExpertNews last week.