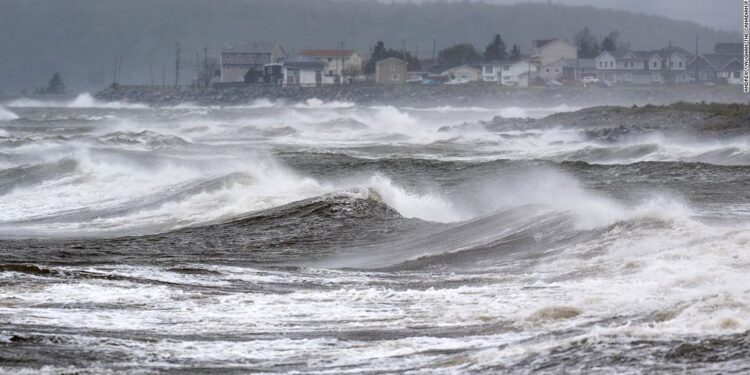 According to the latest update from the National Hurricane Center, Fiona’s sustained winds have dropped slightly to 80 mph, which is still equivalent to a Category 1 hurricane.

The center warns that “significant impacts from high winds, storm surge and heavy rainfall are still expected” from the storm, which is now considered a post-tropical cyclone.

Fiona is currently in the Gulf of St. Lawrence, about 100 miles northwest of Port Aux Basques, Newfoundland, and heads north toward Quebec and Newfoundland and Labrador. The highest recorded wind gust for Fiona so far is 111 mph (179 kph) in Arisaig, Nova Scotia.

“Fiona continues to produce hurricane-force winds, heavy rainfall, storm surge and rough seas in Atlantic Canada and surrounding waters,” the Hurricane Center said. “Surface observations suggest that the minimum pressure has increased and is not estimated at about 945 MB, which is still extraordinarily low.”

To remind: In general, the lower the central pressure, the stronger the storm.

Fiona’s forward speed has slowed to 25 mph, which is below average for this region; traditionally, a storm at this latitude has a forward speed of about 32 mph. The Hurricane Center also warns that large swells generated by Fiona are expected to cause life-threatening surf and current conditions along the northeast coast of the Northeastern US, Bermuda and Atlantic Canada in the coming days.