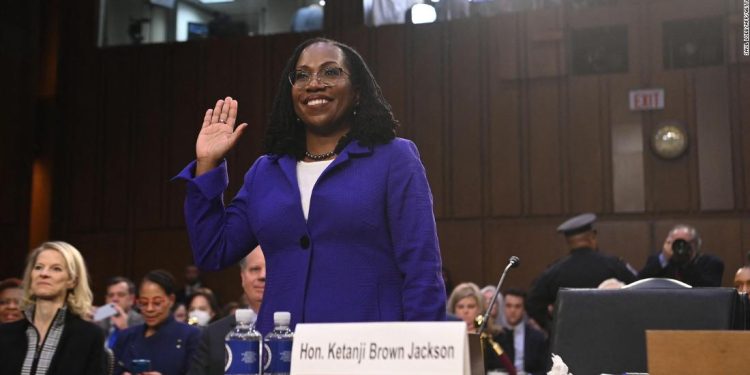 Former Democratic Senator Doug Jones, who served as “sherpa” for Judge Ketanji Brown Jackson on Capitol Hill, expressed himself “joyfully” as he left the Senate chamber after her confirmation.

The nominee’s “sherpa” plays a key role in guiding future justice through the Senate process.

“Joyful, just like everyone else. That’s the only way to describe it,” he said.

“It was intense,” he noted of the confirmation process, “but it was so much easier because of who she is and the way she presented herself, and she just made it so much easier.”

“I said to the people, ‘This nomination has been historic and an inspiration, but she – she – as a person is the inspiration for millions of people,’ he said.

When asked how Jackson responded privately to some of the more aggressive interrogations of some members of the Judiciary Committee, Jones said, “She was prepared with all those questions that came in and she didn’t take it personally.”

“She said, ‘You know this is just politics, pure and simple. And so I’m going to answer my questions and go home and go to bed.’ And then she did. She was grace under fire,” he said. “Here’s the thing — it’s very similar to what she does with legal philosophy. The first thing she does is, ‘this isn’t about me. It’s not personal.’ And so I think her whole way of judging helped with that, which is really great.”

Jones said it was “great” to be back with his former colleagues, but said senators on both sides of the aisle told him the atmosphere on Capitol Hill was “more difficult, it’s a lot harder, it’s not as fun” in the years since he left.

“I haven’t really felt that experience, not from my point of view, but that’s what I’m hearing, so that’s a shame. We have to go back,” he said. 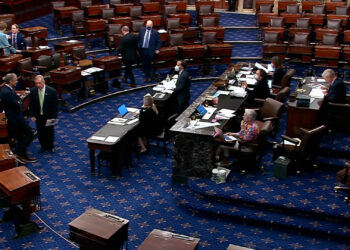 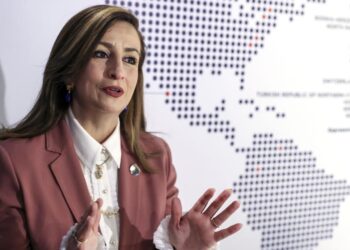