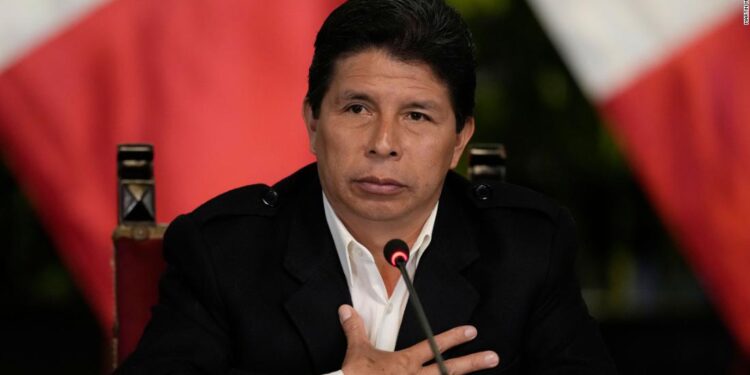 
President Pedro Castillo announced on Wednesday that he would temporarily dissolve Congress hours before the legislative body met to pass a censure motion against the president and approve his resignation.

But what does the Constitution of Peru say about this? The constitutional text gives the president the power to dissolve Congress — but only in some cases.

Castillo’s decision to dissolve Congress was an unconstitutional measure, according to the consensus of constitutional analysts in Peru.

Under Article 134, the president has the power to dissolve Congress “if it has censored or denied its confidence” in two ministers — known as members of the Council of Ministers — something that has not happened in the country.

What did happen is that on November 11, the Peruvian Congress declined to act on the executive-ordered procedure known as a “confidence question.” Days later, Castillo accepted the resignation of the President of the Council of Ministers, Aníbal Torres.

Torres tendered his resignation after congressional administrators, known as the “Mesa directiva”, rejected his request to change the conditions under which a referendum could be held.

Even if the legality of the request was a matter of debate, there was still no second censure or denial of confidence in a minister as required by the constitution, rendering Castillo’s rescission bid illegal.

Wednesday’s impeachment motion was the third attempt against Castillo — and the fifth by a sitting president in the past five years.