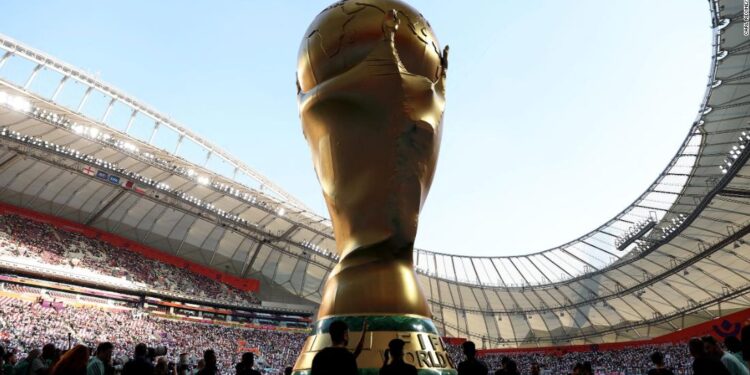 
Portugal go into halftime with a 2-0 lead over Switzerland in the Round of 16.

Underdogs came in and the Swiss got off to a good start. Striker Breel Embolo had a shot deflected in the 5th minute and that earned his team a corner kick.

But it was the Portuguese side that really showed their quality in the first 45 minutes.

In the 17th minute, 21-year-old forward Gonçalo Ramos found the top corner of the net with a boom at the near post to put his side ahead.

After the goal, Ramos continued to harass the Swiss backline and their defense seemed unlocked at times throughout the half.

In the 29th minute, Embolo earned the Swiss side a free kick when he made a mistake driving forward into the Portuguese half. On the ensuing attempt, Xherdan Shaqiri deflected one just wide of the net.

A few minutes later, Pepe doubled Portugal’s lead. The 39-year-old headed his head against a Portuguese corner kick to make it 2-0.

Ramos nearly made it three for the Portuguese as he sprinted past Switzerland’s defense on a counter-attack late in the half. A diving save from Yann Sommer kept the score 2-0. Still, the Swiss hardly seem to be able to hold on to the break.

If the result holds, Portugal will book a place in the quarter-finals of the World Cup. They would play against Morocco on Saturday.