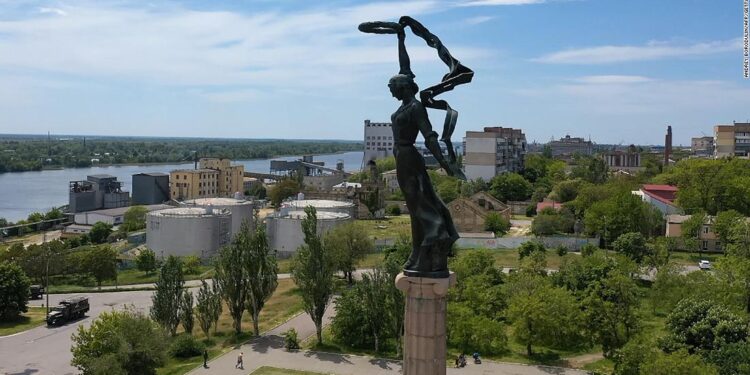 
With a neighbor like Russia at the end of the street, 59-year-old Vytas Grudzinskas doesn’t get much rest. “I can see the soldiers best at night,” he says, pointing to a patch of greenery behind his neighbor’s yard.

“They have a firing range over there behind that field that they use. In the afternoon you can hear the guns,” he said.

Grudzinskas has his own weapon, a machine gun, which he keeps locked in a cupboard, within easy reach – although his guard dog, a Maltese terrier, may be less effective in combat.

The small town of Kybartai where Grudzinska lives is located both within NATO and the European Union, as well as along one of the world’s hottest borders – the Suwalki Corridor. This stretch of land, about 60 miles wide, is sandwiched between the heavily fortified, nuclear-armed, Baltic refuge of Kaliningrad and its ally, Belarus.

The pass — seen by many analysts as a weak point within NATO — is caught in a pincer grip between Kremlin troops. The fear is that if Ukraine fell, Russia would then come through and potentially cut off the Baltic states within days.

The scars of the Soviet occupation run deep in this part of Europe. In the 1940s and 1950s, tens of thousands of Lithuanians were forcibly deported by the Soviets to the gulags in Siberia and the far north. Nearly 30,000 Lithuanian prisoners died in the forced labor camps.

“My father was sent to Sakhalin in the far west of Russia for 15 years,” Grudzinskas says. “He ate grass for the first year to survive.”

So when Russia annexed Crimea in 2014, Grudzinskas joined Lithuania’s age-old voluntary militia – the Gunmen – and took up arms in his own backyard.