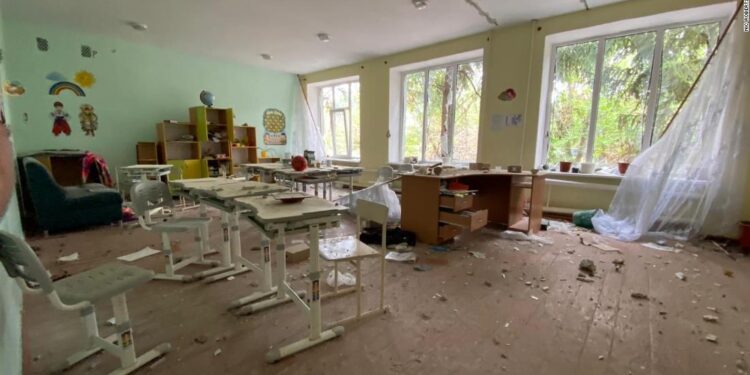 There are many comments about Ukraine. But on a recent road trip, one stands out – how vast the country is.

Driving three weeks from south to east in this vast country through frontline villages, towns, along trenches and along hedgerows that are the strategic equivalent of high ground from this war is training Russian President Vladimir Putin could use.

Nearly six months later, the disastrous war he launched is at a standstill. Scenes reminiscent of the trench warfare of World War I and its attendant incremental gains and death take hold.

The nearly 1,000-mile battlefront that Putin opened is paved, but the land behind it is deep and for the most part unscathed.

Thirty miles from the front, city lawns are still mowed, while many hundreds of miles away in the capital Kiev, chic restaurants have reopened, serving fine wines and chilled champagnes, and freshly caught Mediterranean fish on the menu.

This is a thick land, with fertile farms and proud crops rich in rain and sun. If strategic depth is behind the front lines, Ukraine has untapped wealth available.

Perhaps most notable is the number of military-age men across the country who have not yet committed to combat. Ukraine is at war, but it doesn’t seem like it yet. Only part of Ukraine’s potential fighting force is in bunkers buried in rows of trees overlooking Russian forces.

Cobblers, authors, artists, teachers, businessmen, journalists, even a former CEO of McDonald’s franchise, are holding back Putin’s pressure, but when the government needs it, there are many more who can be called upon.

The big conclusion is that this is not a war that will soon be over, it is not even clear yet if the real defining battle has begun.