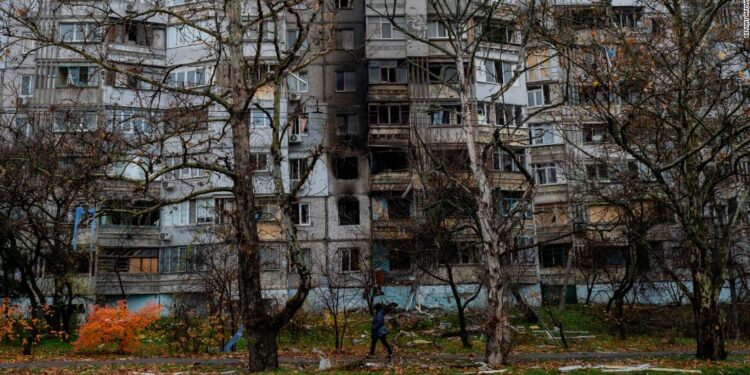 In the southern city of Kherson in Ukraine, 15 people were killed and 35 injured, including a child, between November 20 and 25, according to an update from the Kherson Civil Military Administration on Saturday.

“The enemy continues to shell the occupied territories around the clock,” it said.

The city of Kherson has been the victim of the highest number of attacks, with hospital patients and patients from the Kherson Regional Institution for Psychiatric Care evacuated.

Authorities in Kherson are urging residents to leave the recently liberated city, much of which is without power, before temperatures plummet further.

Russian forces renewed the shelling after Moscow’s troops were forced to withdraw from the west bank of the Dnipro River.