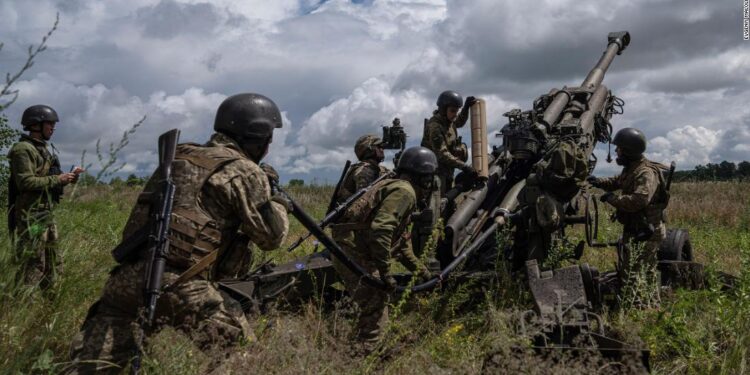 Ukraine said it has reduced its “power shortage” as engineers work to repair infrastructure damaged by waves of Russian missile strikes.

“At the same time, the power shortage in the power system will continue. Currently it is 19% of the predicted consumption,” he said. In recent weeks, that was more than 30%.

Still, Shmyhal said, “35% of the main utilities of the main power grids have been damaged in recent months by massive attacks by the Russians.”

“The enemy fired seven missiles at once at one of the substations in the Odessa region. Therefore, there are still schemes for power cuts in the country,” he added.

Eleven district and district boiler houses – used for heating – were in operation and served about 88% of consumers. “This means that more than 600,000 residents of Odessa have heat,” Trukhanov said.

More strikes in the south: Elsewhere in southern Ukraine, Russian missile and artillery attacks have continued.

Yaroslav Yanushevich, the head of the Kherson regional military administration, said on Tuesday that “Russian occupiers shelled the city of Kherson again, hitting an “infrastructure facility and residential buildings.”

One person had been killed and a large fire had been extinguished, he said.

Further north, the Russians attacked the town of Kryvyi Rih.

Valentyn Reznichenko, the head of the Dnipropetrovsk regional military administration, said an industrial enterprise had been hit.

Oleksandr Vilkul, head of the Kryvyi Rih district, said the attack appeared to have been carried out by a ballistic missile and called them “very significant destructions”.

Vilkul said that after Monday’s rocket attacks, the gradual restoration of electricity had begun. But hourly and scheduled interruptions would continue “to keep Ukraine’s electricity system intact.”