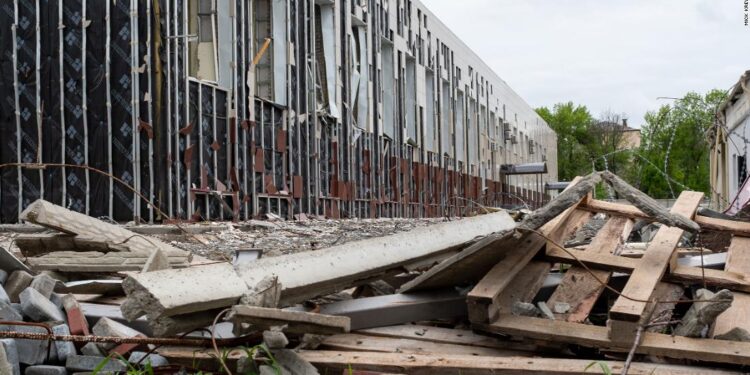 Ukrainian authorities said on Tuesday heavy casualties were incurred in Russian missile strikes far from the front lines, but Russian attempts to advance on the ground were repulsed.

In the Chernihiv region north of Kiev, Vyacheslav Chaus, head of the military administration, said that the Russians “fired rockets this morning at the village of Desna. There are people dead and many injured.”

It is not clear what the target was. Chaus gave no further details. Desna is located about 40 miles (about 64 kilometers) from the border with Belarus.

Russian missile and artillery strikes have recently increased in several border areas as a Ukrainian counter-offensive in the northeast gains momentum.

In the northeastern region of Sumy, the general staff of the Ukrainian army said on Tuesday that Russia fired artillery across the border.

Dmytro Zhyvytskyy, head of the military administration of the Sumy region, said Russian sabotage and reconnaissance groups had tried to cross the border. “There was a very serious battle. Mortars, grenade launchers and small arms were used,” he said.

Russian officials also reported exchanges in the area. Roman Starovoit, governor of Russia’s Kursk region, said large-caliber weapons were fired at a border village at dawn on Tuesday and several houses were damaged. He said there were no casualties and that Ukrainian border guards had returned fire.

Along the front lines in Luhansk and Donetsk, Ukraine reports continued efforts by Russian troops to advance into several areas, but all claims have been denied. The General Staff said the Russians had attacked the city of Syrotne in the heavily contested area around Severodonetsk, but “had suffered losses in the fighting and withdrew their troops”.

The head of Luhansk’s military government, Serhii Hayday, said Russians hit two hospital buildings and a manufacturing facility in Severodonetsk, as well as airstrikes in the Popasna area. In total, he said, ten civilians were killed in the latest shelling.

The main hospital in Severodonetsk had been hit again, Hayday said, while airstrikes in villages further west had destroyed several homes. Video from the area shows large craters between badly damaged houses.

“The main events are now around Severodonetsk. The enemy is trying to make an operational encirclement,” he said.

He also said nighttime rocket attacks in the far west of Ukraine had hit a district near Lviv, but did not provide further details.