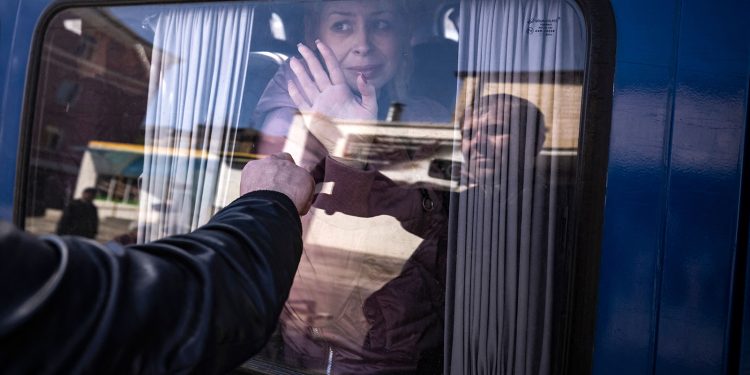 The Ukrainian Army’s Office of Strategic Communications posted a photo on Saturday showing the dead Russian servicemen left in a communal grave after fighting in the northeastern region of Kharkov.

“The myth is that the Russians don’t leave their dead behind,” the statement reads. “When clearing the settlement of Vilkhivka, a common grave of the occupiers was discovered by soldiers of the 92nd Mechanized Brigade near Kharkov.”

DailyExpertNews could not immediately verify the authenticity of the photo, which shows at least 10 bodies in Russian uniform.

“We will not leave ours behind” is one of the unofficial slogans of the Russian war in Ukraine.

The statement alleged that soldiers of the 92nd Armored Brigade and volunteer detachments near Kharkiv destroyed two Russian battalions of tactical groups on March 30.

Fighting continues in the region of the northeastern city of Kharkov.

There was “fire practically all day” and a Russian offensive was expected in the Kharkov region, from the direction of Izium, Vadym Denysenko, an adviser to Ukraine’s interior minister, told national television on Saturday. said.

“Russians continue to build up the armed forces in this direction,” he said. “We understand that one of RF .’s core business [Russian forces] is to reach Donbas, the Donetsk region, or to be more specific Slovyansk and Kramatorsk from the Izium side. So this is one of the hardest directions as of today.”