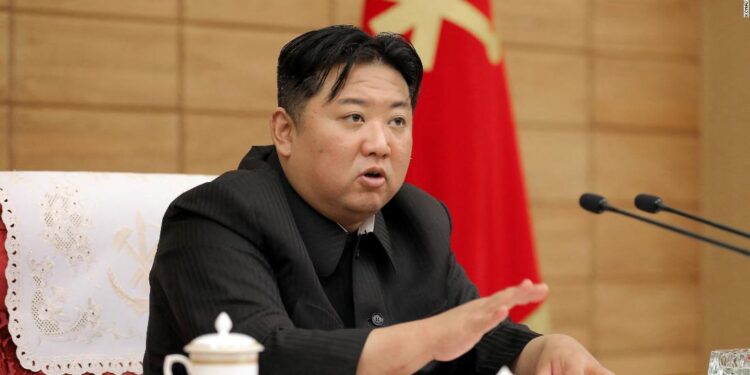 According to the Joint Chiefs of Staff, the missiles were launched on Sunday between 9:08 a.m. and 9:43 a.m. local time in Seoul from multiple locations in North Korea in waters east of the Korean peninsula.

ADVERTISEMENT
ADVERTISEMENT
The missiles mark the 17th launch by North Korea this year. The latest, on May 25, came just as US President Joe Biden concluded his trip to Asia and returned to the United States.

“North Korea’s continued ballistic missile launches are a serious provocation that damages the peace and stability of not only the Korean peninsula but also the international community,” said the joint chiefs of staff, condemning the North and urging such actions. to stop immediately”.

“The extremely high number of launches from at least three locations in a short period of time is unprecedented,” he said, adding that missile launches that threaten international peace and security cannot be tolerated.

In response to Sunday’s launch, South Korea’s chief of national security, Kim Sung-han, held a meeting of the National Security Council’s standing committee and called repeated ballistic missile launches by the north “a challenge to the security posture” of the new administration, the presidential office said.

In a press release, the US Navy said it had deployed its nuclear-powered aircraft carrier USS Ronald Reagan along with Carrier Strike Group 5.

Also involved in the exercise were the South Korean Navy’s ROKS Sejong The Great and the amphibious assault ship Marado, the US Navy said.