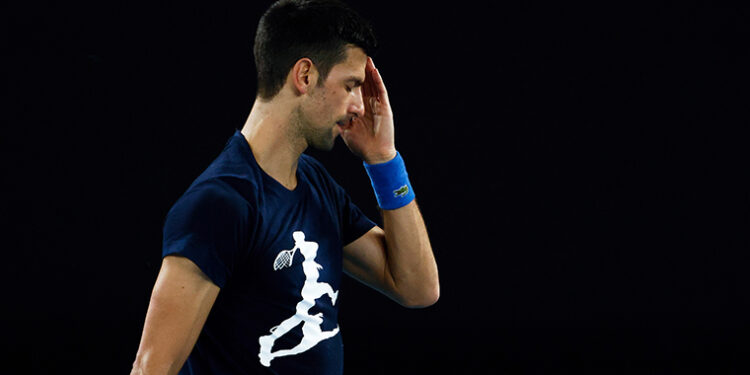 Tennis star Novak Djokovic will again be detained by Australian authorities on Saturday before his case to stay in the country goes to federal court.

The decision was made Friday at an emergency hearing before Judge Anthony Kelly in the Federal Circuit and Family Court, following Australian Immigration Secretary Alex Hawke’s decision to revoke Djokovic’s visa for a second time.

The tennis star will be interviewed by the Australian Border Force at 8 a.m. local time (4 p.m. ET Friday) at an undisclosed location “agreed between the parties” in the case.

At that time, Djokovic will be officially detained by two Border Patrol officers and escorted to his lawyers’ office while his case is heard in federal court.

The location where Djokovic will be met by border officials will remain secret to keep the tennis star safe and prevent “a media frenzy”.

“We are deeply concerned about security and a potential media frenzy,” Djokovic’s lawyer Nick Wood told the court when he pleaded with Judge Kelly to allow Djokovic to be privately handed over to border officials.

Novak Djokovic v Immigration Minister, as the file is known, was officially transferred from the Federal Circuit Court to the Federal Court of Australia late Friday night in local time.

Wood told the court that the immigration minister had used his personal authority to revoke the 34-year-old’s visa on grounds that he would “provoke anti-vax sentiment” if he stayed in Australia, describing it as a “radically different approach” in the government’s argument.

“The underlying new rationale is not an immediate risk to others, it is that Mr Djokovic’s presence in Australia, particularly in Melbourne, by being here will arouse anti-vax sentiments. That is the point. A radically different approach,” Wood said.