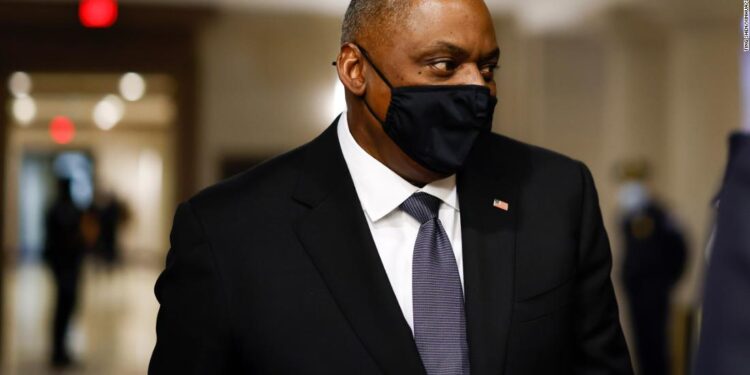 
“This is absolutely serious,” Austin said, referring to the threat posed by Chinese and Russian hypersonic programs, according to a CEO who attended the virtual meeting. “We are now distracted by Russia, but China is the real threat.”

ADVERTISEMENT
At the meeting, multiple CEOs described the need for more wind tunnels to test hypersonic vehicles as a “choking point in testing.” The US only has a handful of hypersonic wind tunnels, according to one CEO, while China has about 12 and “they build them about every six months.”
The CEO pointed to an industry-wide “fear of failure” in hypersonic weapons testing, echoing comments from now-retired Air Force General John Hyten in October. While the US had conducted about nine hypersonic tests in the past five years, the Chinese had performed “hundreds” according to Hyten.

Top executives from Lockheed Martin, Raytheon Technologies, Northrop Grumman, Boeing, Leidos, Aerojet Rocketdyne, BAE Systems, L3Harris and about half a dozen other defense companies were represented at Thursday’s meeting, chaired by Deputy Defense Secretary Kathleen Hicks. It was not classified, but the participants agreed to meet in a classified session soon.

“We all need to get into a SCIF and do it face-to-face,” the CEO said.

“These meetings with executives in key areas of innovation and modernization also help strengthen relationships and use a collaborative approach to disruption to accelerate the development of advanced capabilities and new operational concepts,” said Pahon.

The advances of China and Russia and recent failed tests have led the Pentagon to inject more urgency into the US program and increase the resources they devote to developing hypersonic weapons. The budget for FY22 committed $3.8 billion to hypersonic research, up from $3.2 billion the previous year.

The US hypersonic industry has been dealing with problems and setbacks in recent months. In October, the Pentagon said a test of a hypersonic glider failed due to a problem with the missile propelling it to hypersonic speeds, and in April a hypersonic missile failed to separate from a B-52H Stratofortress bomber during a test at Edwards Air Force. base.

This story was updated Thursday with additional information.