Pope Benedict XVI knew about abusive priests when he headed the Archdiocese of Munich, researchers say 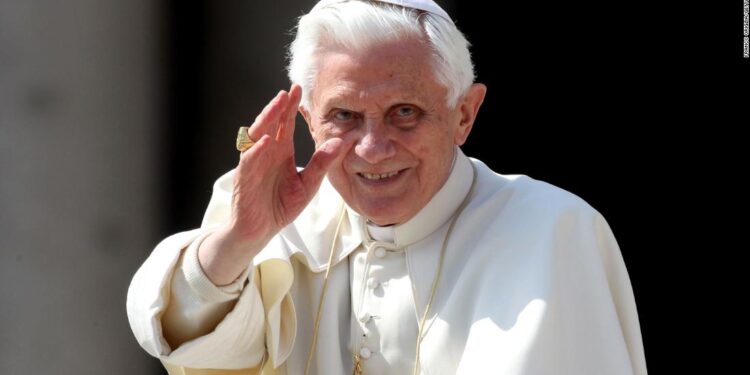 “He was aware of the facts,” attorney Martin Pusch said, when the law firm Westpfahl Spilker Wastl released the findings of an investigation into historical sexual abuse in the Archdiocese of Munich spanning several decades. The report was commissioned by the church itself.

“We believe he can be charged with misconduct on four counts,” Pusch said. “Two of these cases relate to abuses committed during his tenure and sanctioned by the state. In both cases, the perpetrators remained active in pastoral care.”

Benedict continues to deny the allegations, the company said Thursday. He has repeatedly dismissed claims that he deliberately covered up abuse, including in 2013 when he wrote: “I can only admit, as you know, with deep dismay. But I have never tried to cover these things up.” DailyExpertNews is reaching out to Benedict’s longtime secretary for a response to Thursday’s report.

But Benedict’s stance was rejected by lawyers during their much-anticipated press conference in Munich. Their findings represent a remarkable rebuke from the former pope, then known as Cardinal Joseph Ratzinger, which followed years of speculation about how much he knew.

“During his tenure, there were cases of abuse,” Pusch said, referring to Benedict. “In those cases, those priests continue their work without sanctions. The church did nothing.

“He claims he was not aware of certain facts, although we believe he is not, according to what we know,” Pusch said.

The full report was due to be published on Thursday, after the authors outlined the key findings.

In a statement, the Vatican said it would await that publication before commenting further. “The Holy See believes that due attention should be paid to the document, the contents of which are currently unknown. In the coming days… the Holy See will be able to give it a careful and detailed examination,” it said.

“By reaffirming its shame and remorse for the abuse perpetrated by the clergy against minors, the Holy See expresses its closeness to all victims and reaffirms the efforts made to protect minors and ensure a safe environment for them.” , the statement said.

‘A building of lies’

Benedict, now 94, became the first pope in centuries to step down when he stepped down in 2013. His tenure has been overshadowed by a global scandal over sexual abuse in the Catholic Church, and the findings of the researchers — who now directly implicate him in a failure to prevent and punish abuse — threaten to damage the former pope’s reputation.

Attorney Ulrich Wastl presented a copy of the minutes of a meeting of church leaders in Munich on January 15, 1980, when a decision was made to deal with an abuser, whom the report refers to as “Priest X”.

Wastl said he was “surprised” that Benedict denied he was at the meeting, despite the minutes showing that he was. “This is something that has been written down,” said Wastl, who later dismissed Benedict’s denial as “barely credible.”

In 2010, the Archdiocese of Munich said Benedict was unaware that a priest who worked in the archdiocese had committed sexual abuse.

And in 2019, the ex-pope wrote a controversial essay on the sexual abuse crisis in the Catholic Church, claiming it was partly caused by the Sexual Revolution of the 1960s and the liberalization of the Church’s moral teachings.

A German survivor of abuse by Catholic clergy on Thursday praised investigators’ criticism of the Pope.

“Building lies to protect Pope Benedict just collapsed in a crash. Benedict was complicit in the abuse of countless victims after 1980, victims of priest X,” said Matthias Katsch, who leads the “Eckiger Tisch” organization that seeks justice for victims of abuse.

Katsch says he was 13 years old when a priest at his Jesuit school in Berlin first molested him. In 2010, Katsch went public with his story, sparking a deluge of testimonials from dozens and hundreds of other survivors

Katsch, who told his story to DailyExpertNews in 2018, attended the press conference on Thursday to announce the research findings.

Correction: This story has been updated to correct the date Pope Benedict XVI was Archbishop of Munich. He held that position from 1977 to 1982.