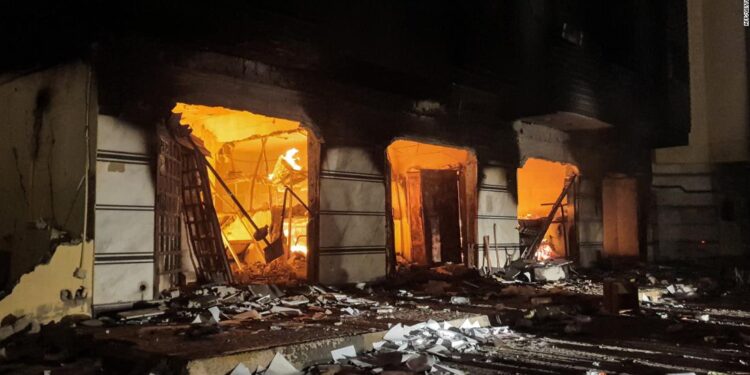 Libya has been split between warring factions since 2014, following the 2011 NATO-backed uprising against Muammar Gaddafi.

The country’s interim prime minister, Abdulhamid Dbeibeh, the head of the UN-backed government of national unity (GNU), is based in Tripoli in western Libya. The parliament building in Tobruk in the east of the country is the seat of a rival government led by Prime Minister Fathy Bashag.

Libyan media, including LANA, the official news agency of the internationally recognized government, and Almarsad, a leading news outlet, reported protesters entering the building in Tobruk on Friday.

Several cities, including Tripoli, have witnessed demonstrations over deteriorating living conditions and are calling for the dissolution of political bodies, the reports said.

Videos have been shared on social media of protesters shouting ‘Long live Libya’ in the parliament building. Other videos showed people collecting and setting fire to rubbish and tires in front of the building. The building stood empty when protesters stormed it.

“All [political] bodies must leave, including the government, and that can only be done through elections,” Dbeibeh said, referring to Bashag’s government.

“The parties hindering the elections are known to the Libyan people and the same parties that blocked budgets and shut down oil, which contributed to aggravating the living crisis,” he added.

Dbeibeh was appointed last year after UN brokered consultations in Geneva. He was tasked with leading the transitional government to the election, but that process ended in disarray late last year over disputes over election rules, including the legitimacy of his own candidacy. According to his government, he survived an assassination attempt earlier this year.

After elections were postponed in December, Libya’s eastern parliament appointed Bashaga as the country’s leader.

Dbeibah does not recognize Bashaga’s premiership and Bashaga accuses Dbeibah of losing his mandate after the vote is postponed.

The GNU Interior Ministry released a statement Friday saying that all Libyans have the right to protest as long as the demonstrations are peaceful and “in accordance with the laws”.