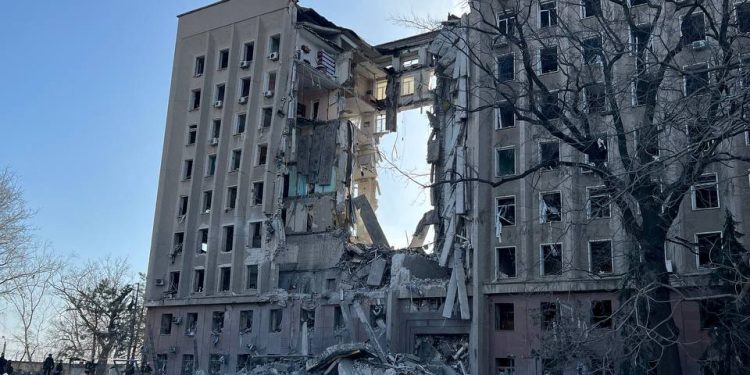 
In an interview with Russian journalists on Sunday, Ukrainian President Volodymyr Zelensky spoke at length about a key point in potential peace negotiations: the possibility of neutrality for Ukraine.

“We are ready to accept this,” Zelensky said. “This is the most important point.”

Zelensky and Ukrainian officials have long said they are willing to talk about neutrality for Ukraine if NATO is not ready to accept the country as a member of the alliance.

That would, in theory, meet one of Russian President Vladimir Putin’s demands: that Ukraine give up its NATO aspirations.

But it’s not that simple. Zelensky has also made it clear that Ukraine would reject “neutrality” without legally binding security guarantees. And with Ukraine being invaded by Russia, the Ukrainian leader has said he is not interested in empty promises.

“I want to make sure it’s not just a piece of paper a la the Budapest Memorandum,” he said.

Zelensky referred to a little-remembered moment in post-Cold War history. With the collapse of the USSR, Ukraine gained – at least on paper – the third largest nuclear stockpile in the world.

Russia retained operational control over those weapons, but Ukraine signed an agreement in 1994 to give up nuclear weapons based on its territory in exchange for security guarantees, including the protection of Ukraine’s territorial integrity and political independence.† That is something Russia, a signatory to the Budapest Memorandum, has resolutely trampled on with the annexation of Crimea in 2014 and the invasion of Ukraine in February.

Mykhailo Podolyak, a senior adviser to Zelensky, has said security guarantees should essentially include a commitment by guarantors to assist Ukraine in the event of aggression.

And it’s important to add that neutrality — of the kind that Putin may find palatable — isn’t something Zelensky can just offer. The pursuit of NATO membership is enshrined in the Ukrainian constitution.

There, Zelensky gave Russian interviewers a lesson in Ukraine’s democratic processes. Security guarantees, he explained, should be followed by a referendum in Ukraine.

And therein lies the difference. Russia has built a political system around one man – Putin – and Zelensky is the head of a democratic state. Even if neutrality is on the negotiating table, the Ukrainian people will have to have their say.