Russia claims to have destroyed warehouse of NATO-supplied weapons 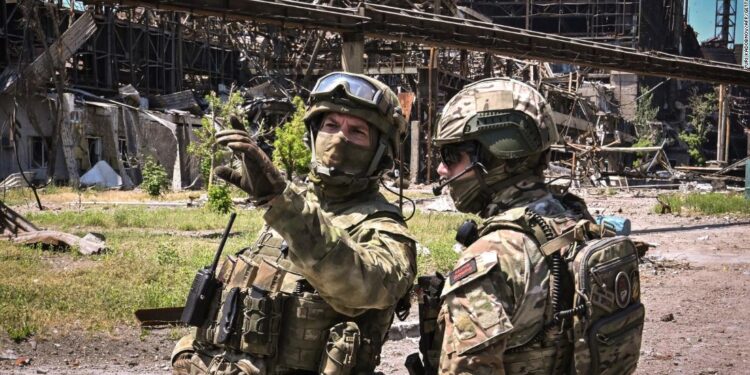 “The reality of things is” that Ukraine and Europe “will have to negotiate” with Russia over the Ukrainian war at some point, French President Emmanuel Macron said on Wednesday.

“The only desirable end to the conflict is either a Ukrainian military victory or talks at some point because the fighting has stopped, so at some point we have to talk,” he said during a visit to French troops at Mihail Kogalniceanu Air Base. in eastern Romania.

We Europeans will sit around the table to negotiate, at some point that will happen,” he added.

The French leader emphasized during a two-day visit to Romania and Moldova that France is not at war with Russia, despite European support for Ukraine.

“The difficulty we have all encountered is that while we condemn, empower and support the Ukrainians in their struggle, we are not at war with Russia,” he said.

According to the French armed forces, France has deployed some 500 troops in Romania under NATO command, in addition to combat and surveillance aircraft, as well as about 300 troops in Poland and Estonia.