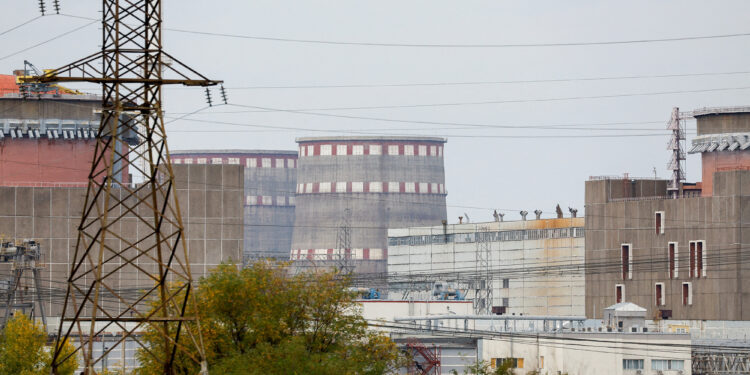 
The head of the Ukrainian nuclear energy supplier says the company has received information that Russian troops may be preparing to leave the Zaporizhia nuclear power plant.

“We are now seeing signs that the Russian invaders may be preparing to leave,” Petro Kotin, the head of Energoatom, said in a statement on Sunday.

“First of all, many publications began to appear in the Russian media that maybe the Zaporizhzhia nuclear power plant should be left alone, maybe it should be handed over to the (International Atomic Energy Agency) for control,” Kotin said in an interview with Ukrainian media Sunday. . “It’s like they’re packing and stealing anything they can find.”

The IAEA has not released any information supporting Kotin’s statement and DailyExpertNews has contacted the UN nuclear watchdog for comment.

The head of Energoatom stressed that “it is still too early to say that the Russian army is leaving the factory”, but that they are “preparing”.

Kotin also claimed that the Russians “crammed everything they could into the Zaporizhzhia NPP site – both military equipment and personnel, trucks, probably with weapons and explosives”, and that they mined the plant’s territory.

To remind: Zaporizhzhia is home to Europe’s largest nuclear power plant, which provided up to 20% of the country’s electricity before Russia’s invasion of Ukraine began in February. It has been under Russian control since March.

The power station and the area around it, including the nearby town of Enerhodar, has endured sustained shelling that has raised fears of a nuclear accident due to the interruption of power to the power station. Russia and Ukraine blame each other for the shelling.