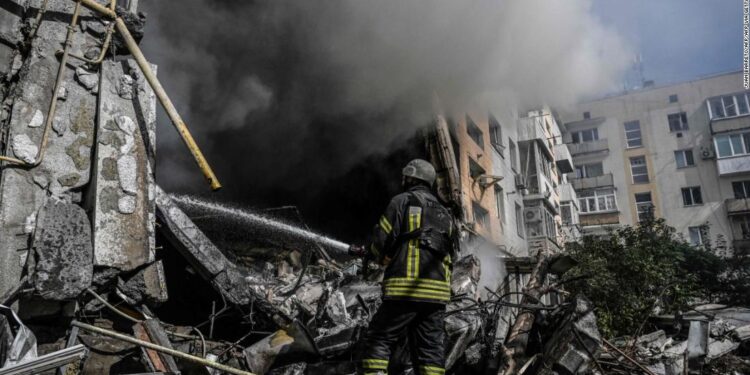 A panel of United Nations experts say their investigation has found evidence of war crimes committed during Russia’s war in Ukraine, including cases of rape and torture of children.

“In the cases we examined, the ages of victims of sexual and gender-based violence ranged from four to 82 years,” Erik Møse, chair of the Investigative Committee on Ukraine, told the UN Human Rights Council in Geneva. “The Commission has documented cases where children have been raped, tortured and wrongfully imprisoned. Children have also been killed and injured in indiscriminate attacks with explosive weapons.”

The panel said it had identified two cases of ill-treatment of Russian soldiers in Ukrainian captivity.

The three human rights experts from the Independent International Commission of Inquiry on Ukraine traveled to Kiev, Chernihiv, Kharkov and Sumy, visited 27 cities and interviewed more than 150 people.

The Commission said that “some soldiers of the Russian Federation” are responsible for sexual and gender-based violence.

“These acts amounted to various kinds of rights violations, including sexual assault, torture and cruel and inhumane treatment. There are examples of cases where family members were forced to witness the crimes,” it added.

Møse also noted that a number of attacks examined by the panel “had been carried out indiscriminately between civilians and combatants, including attacks with cluster munitions and air strikes on populated areas.”

Commissioners “were struck by the high number of executions in the areas we visited,” Møse added.

“Common elements of such crimes are the pre-detention of the victims and visible signs of executions on bodies, such as hands tied behind the back, gunshot wounds to the head and cut throats,” he reported. “Some victims reported being transferred to the Russian Federation after initial detention by Russian forces in Ukraine and held in prison for weeks. Interlocutors described beatings, electric shocks and forced nudity, as well as other types of violations in such detention centers.