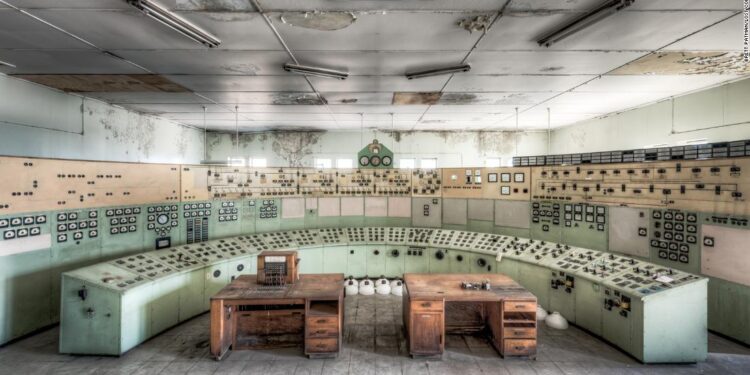 (DailyExpertNews) — Brett Patman never aspired to be a photographer.

He started his career as a trader, working in a number of factories, power stations and other industrial sites in Australia. But photography had always been his passion.

“I bought my camera in 2011 and didn’t know what to do,” explains Patman. “I just started taking pictures of the skyline and the city and just standard postcard pictures that everyone has already seen a million times. I was just racking my brains to think, ‘What could be more interesting than this?’ †

As it turned out, the answer was hiding in plain sight.

Patman began to document some of his visits to industrial sites. But it was a decommissioned site that piqued his interest: the abandoned Bradmill Denim factory in suburban Melbourne’s Yarraville.

He walked through an open section of the gate and started taking pictures. What he didn’t know then was that he had just set his life on a new course.

Since 2011, Patman has traveled to abandoned places across Australia to take photos – not just factories, but hotels, wool sheds, a former homeless camp and more. Now it is his full time career.

When Patman started to seriously pursue his photography career and upgrade to better equipment, he started posting some of his photos on Facebook. Followers sometimes shared memories of the places he posted and shared the photo on their own pages, bringing in new fans.

After Patman posted his photos from the shuttered Wangi Power Station in New South Wales, the flood of comments turned into a tidal wave.

A boiler of Wangi Power Station, which was decommissioned in 1986.

But not every place had positive memories.

One of the most controversial shoots Patman has done was of Callan Park Hospital for the Insane, a former psychiatric facility in the Sydney area. A government commission at the hospital found that there was a widespread culture of abuse there.

At an event where Patman showcased some of his photos, a woman in the audience spoke up and said that her brother had been physically abused there and that it was not appropriate to take artistic photos of a place where so many bad things had happened. .

Recognizing how many horrible things have happened in Callan Park, Patman believes it’s important to capture both the bad and the good.

“I think capturing history is important,” he says. “If it encourages people who had some of that history to come out and say something, then it’s worth it to me.”