The Queen’s Last Journey: How Mourners Get a Chance to Pay Their Respects 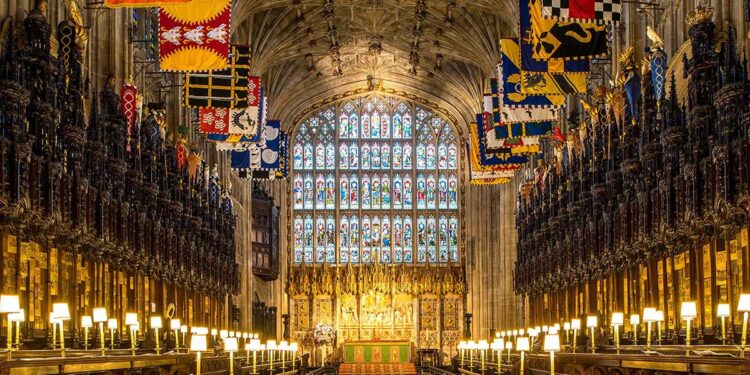 
A Kingdom united in grief will mourn the loss of their revered queen on Monday. Splendor will be on display as tens of thousands line the streets of the British capital, tuning in to hundreds of millions for Elizabeth II’s state funeral.

Monday’s ceremonial events are the culmination of nearly two weeks of public arrangements, codenamed “Operation London Bridge”, in honor of Elizabeth’s remarkable life – from a young princess who was not born to be queen, to a sovereign who role redefined and almost universal won admiration.

After the Queen’s death at Balmoral on September 8, her coffin was flown back from Scotland and moved in a somber procession to Westminster Hall in London. She will remain in state there until the morning of her funeral.

Crowds of mourners will flood the capital in hopes of witnessing the coffin – draped in the Royal Standard and holding the state instruments – one last time before the Queen makes the journey to her final resting place in St George’s Chapel in Windsor. Here’s everything you need to know about Britain’s farewell to one of its greatest monarchs ever.

A more intimate commitment service will take place at St. George’s Chapel at approximately 4 p.m. (11 p.m. ET), led by the Dean of Windsor. The Royal Family will meet there with a congregation made up of members of the Royal House, past and present, as well as personal assistants who have worked on the private estates.

St. George’s should be a well-known location for many, as Prince Philip’s funeral service was held here last April, as well as more jubilant occasions such as the wedding of the Queen’s grandchildren.

At the end of the service, the queen’s coffin will be lowered into the royal vault, below the chapel, where many members of the royal family are buried.

The service is finalizing public arrangements for the late monarch, but a private funeral for the family will be held later Monday evening. The Queen is buried with her late husband of 73 years, Prince Philip, in the King George VI Memorial Chapel, elsewhere in St. George’s.

The Queen’s father and mother were buried in the memorial chapel. There is also a chest containing the ashes of the Queen’s sister, Princess Margaret.

The Earl Marshal, the Duke of Norfolk, said last week that orchestrating the event was “both humbling and discouraging”. He added that Monday’s event aimed to “unite people around the world” and “pay a fitting tribute to an extraordinary rule”.