“They started a large-scale war and pretend that we are to blame,” Zelensky said in a speech on Sunday 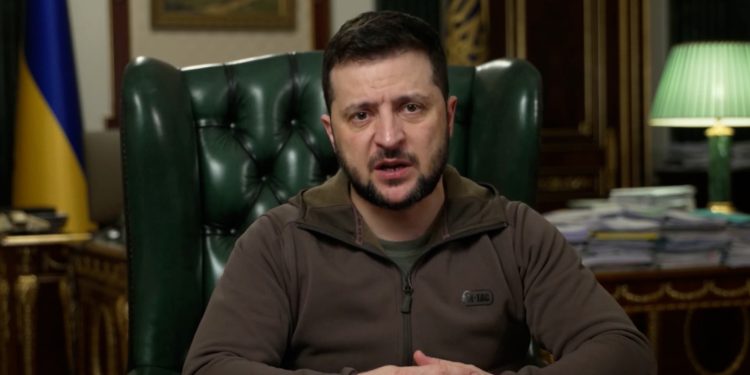 Ukrainian President Volodymyr Zelensky addressed his nation on Sunday, calling Ukrainians “the bravest people of the best country in the world.”

“We are approaching the end of another week,” Zelensky said in his speech, which he has delivered regularly during the Russian attack on the country. “Our fight for freedom, for the state. Another week that Ukraine survived, despite all the efforts of Russia to destroy us. We are fighting. We are defending. We are repelling the attacks.”

Zelensky said the nation is doing everything it can to win the war and accused the Russian leadership of “lying” in efforts to shift blame.

“When cowardice increases, everything turns into a catastrophe,” he continued. “If people don’t have the courage to admit their mistakes and apologize, adjust to reality and see them turn into monsters.”

The Ukrainian president said that Russia has lost touch with reality and is acting as aggressors, but blames Ukraine for the actions of Russian forces, including the killings in Bucha, the missile attack on the railway station in Kramatorsk and “every city destroyed and burned village. ”

“They have destroyed millions of lives. They started a full-scale war and pretend that we are to blame for this,” Zelensky continued.

“But we are ready,” the president said, promising that Ukraine will ensure that it has sufficient weapons and demand tougher sanctions against Russia so that justice is done.

Just before his speech, Zelensky said he honored “18 defenders of Ukraine” — including members of the Armed Forces of Ukraine, the Special Communications Service and police officers — for their heroism. He also thanked the journalists who shared the truth about what is happening in the country.

“Truth will win and Ukraine will win,” Zelensky said. “This is certain. Glory to Ukraine.”