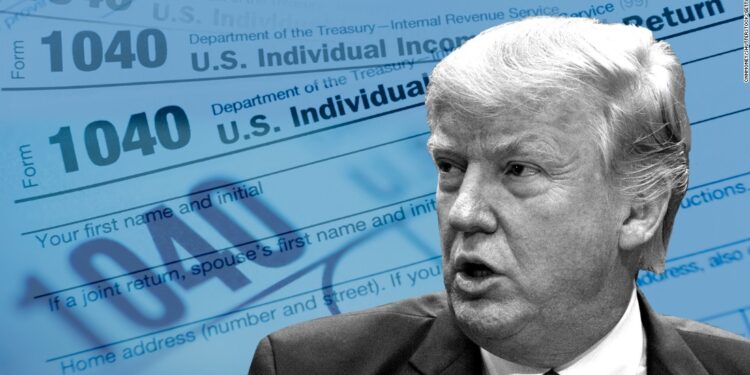 
The decision stems from the case initially brought by House Ways and Means Chairman Richard Neal against the Treasury Department under the Trump administration, when the Department rejected his request for the returns under a law prohibiting disclosure of authorizes a person’s tax returns to the commission.
With the new administration, the Justice Department changed its stance on the case, and on Tuesday District Judge Trevor McFadden, a Trump appointee, granted requests from the Department and the House to dismiss the case.

McFadden also put the advice on hold for 14 days to give Trump a chance to file his expected appeal.

Following the decision, Neal said in a statement that “this ruling is not a surprise, the law is clearly on the committee’s side. I am pleased that we are now one step closer to more thorough oversight of the IRS’s mandatory presidential election. audit program.”

In Tuesday’s opinion, McFadden said the former president was “wrong in the law” as a “long line of Supreme Court cases requires great reverence for what appears to be valid congressional investigations.”

“Even the special care of former presidents doesn’t change the outcome,” McFadden wrote.

Nevertheless, the advice also included a warning to Neal about making the declarations public, even though the judge said Neal had jurisdiction to do so.

“It may not be appropriate or prudent to publish the returns, but it is the chairman’s right to do so,” McFadden wrote. “Congress has granted him this extraordinary power, and courts are reluctant to question congressional motives or duly enacted statutes. The Court will not do so here and must therefore dismiss this case.”

This story was updated Tuesday with additional developments.