Ukrainian Deputy Prime Minister: No agreement with Russia on corridor for evacuation of Azovstal plant in Mariupol 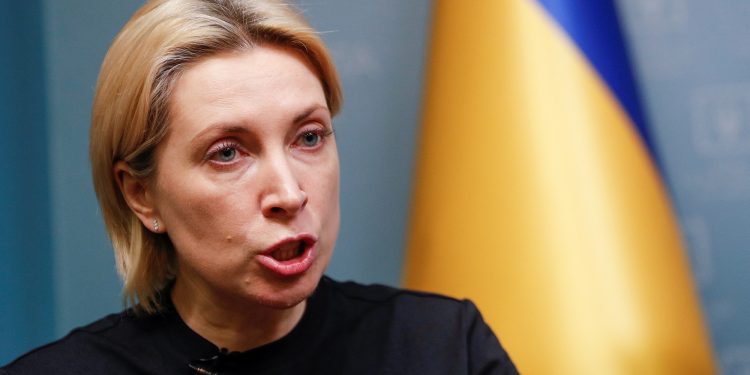 Russia’s defense ministry has offered to end all hostilities around the Azovstal steel mill in besieged Mariupol so that civilians can leave “in any direction they want”.

“The Armed Forces of the Russian Federation and the formations of the Donetsk People’s Republic from April 25, 2022 at 2 p.m. (Moscow time) unilaterally cease all hostilities, units are withdrawn from a safe distance and ensure the withdrawal of the specified category of civilians in all directions they choose,” the statement said.

Issued on behalf of the head of the Joint Coordination Headquarters for Humanitarian Response of the Russian Federation, Colonel General Mikhail Mizintsev, the statement also claimed that a “permanently functioning humanitarian corridor available 24 hours a day” would be open for the evacuation of civilian factory workers, women and children.

Ukrainian troops nestled in the massive factory have previously rejected Russia’s offer to surrender and released videos of women and children hiding in the facility’s basement.

Mizintsev said Ukrainian troops should be ready to accept the ceasefire by raising white flags around Azovstal’s factory perimeter.

The ceasefire offer will also be broadcast to Ukrainian troops at 30-minute intervals by local radio stations, according to the statement.

“The Russian Federation declares publicly and officially that there are no obstacles to the exit of civilians from Azovstal,” the statement said.

Some context: The CEO of the company that owns Azovstal told DailyExpertNews last week that the situation was “close to catastrophe,” with families running out of water, food and essential supplies.

Russian President Vladimir Putin said on Thursday that his troops should not storm the factory in Azovstal, but ordered them to block it “so that a fly cannot get through”. He added that Russia would offer the remaining Ukrainian defenders the opportunity to lay down their arms.