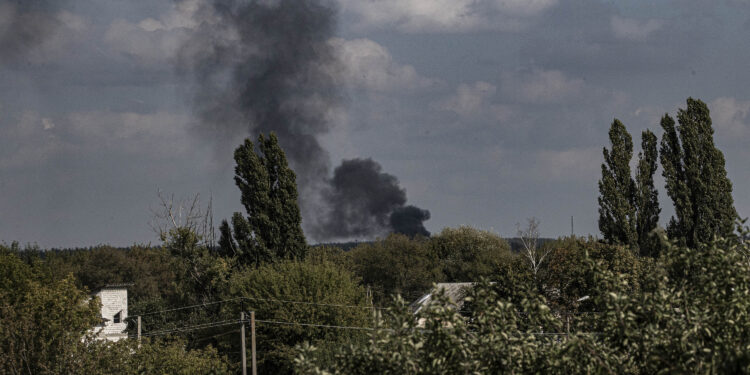 Ukrainian defenses continue to consolidate liberated areas in the eastern part of the country as Russian forces regroup, the Ukrainian army said on Sunday.

“The enemy is regrouping troops in different directions, looking for ways to raise reserves and conducting aerial reconnaissance. Inspections are intensifying in the occupied settlements,” the army’s Operational South Command said via Facebook.

Officials describe the situation in the southern region of Kherson as “tense” and a regional military official said the humanitarian situation in liberated settlements is difficult.

TASS did not provide details on the identities of the “gunmen” or how many of them were in the group.

Ukraine’s South Operational Command described the shooting as a provocation by the Russians, saying “they are dismissing it as counter-subversive measures, in an attempt to accuse Ukraine’s armed forces of mindless street fighting among the civilian population.”

The operational command also claimed that Russian troops are shelling “citizens’ homes, objects of civilian and critical infrastructure” in the Kherson region.

Explosions were heard elsewhere in the south of the country, the mayor of Melitopol said.

“For the third day, explosions can be heard in the city. Yesterday morning and afternoon, warehouses with ammunition and enemy military equipment exploded, located on the bank of the mouth of the Molochny. Some time ago, the Russians took their equipment from the city of Melitopol and placed it directly on the bank of the estuary,” Mayor Ivan Fedorov said on Ukraine’s national television.