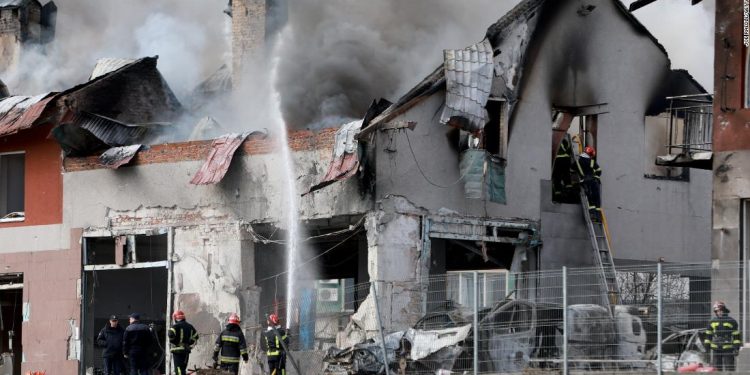 The exercise reflects “real-life attack scenarios based on cyberattacks from the past 30 years,” Ian West, head of the NATO Cyber ​​Security Center, told DailyExpertNews in an email.

Nearly 2,000 participants from 32 countries will take part in a cyber defense exercise known as Locked Shields, according to the US-based Financial Services Information Sharing and Analysis Center, a threat-sharing center for major banks that is leading part of the exercise.

The exercise was planned months in advance and does not directly include cyber threats from Russia’s war in Ukraine, West said. But the war, and the suspected Russian and Belarusian cyberactivity associated with it, is impossible to ignore.

Around that time, unidentified attackers targeted Ukrainian government contractors with a presence in Latvia and Lithuania, two NATO members, with malicious code that wipes computer systems, according to researchers at Broadcom Software.

Locked Shields, which debuted in 2010 and is run by the NATO Cooperative Cyber ​​Defense Center of Excellence (CCDCOE) in Estonia, reflects the alliance’s increasing emphasis on cyberspace as a domain of multilateral defense.

Although Russia invaded Ukraine to prevent it from one day joining NATO, the Cooperative Cyber ​​Defense Center of Excellence voted days after the Russian invasion to admit Ukraine as a “contributing participant” to the research and cybersecurity training center.

“Ukraine could use valuable first-hand knowledge from various adversaries within the cyber realm for research, exercises and training,” said Colonel Jaak Tarien, the director of CCDCOE, in an obvious nod to years of Russian cyberattacks targeting Ukraine.