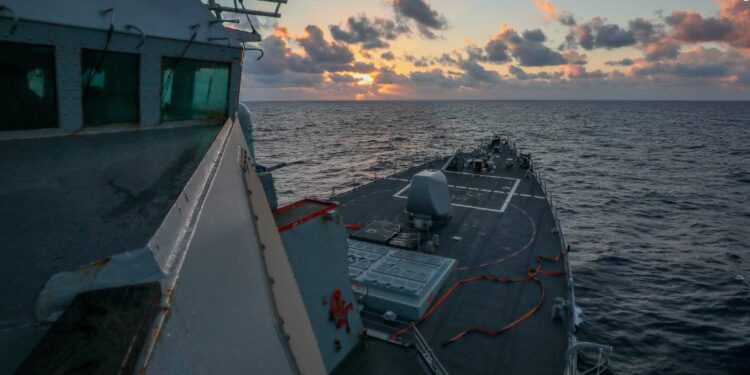 
The USS Benfold sailed around the Paracel Islands, known as the Xisha Islands in China, in what the Navy calls a freedom of navigation operation (FONOP), Lieutenant Mark Langford, spokesman for the US 7th Fleet, said in the statement.

The Paracels are a collection of 130 small coral islands and reefs in the northwestern part of the South China Sea. They have no indigenous population to speak of, just Chinese military garrisons of 1,400 people, according to the CIA Factbook.

The US Navy statement says the Benfold has also challenged Vietnam and Taiwan’s claims.

Exercising freedom of navigation rights means sailing within the 12-mile territorial limit of a country’s coastline recognized by international law.

But the navy charged China for creating what it calls “straight baselines” encircling all waters within the island chain and said the Benfold is also challenging those claims.

“International law does not allow continental states, such as the PRC (People’s Republic of China), to establish baselines around entire scattered archipelagos,” the US statement said.

“With these baselines, the PRC has sought to claim more internal waters, territorial sea, exclusive economic zone and continental shelf than it is entitled to under international law,” it said.

China reacted angrily to the Benfold’s presence in what it believes to be its territorial waters.

“The PLA Southern Theater Command organized naval and air forces to locate, monitor and chase the destroyer with warnings,” the Chinese military said in a statement.

“What the US has done seriously infringes on China’s sovereignty and security, and is yet another hard piece of evidence that it is pursuing maritime hegemony and militarizing the South China Sea. Facts fully prove that the US is a ‘risk maker’ in South China. China Sea and the ‘greatest destroyer’ of peace and stability in the South China Sea,” it said.

Langford said Thursday’s FONOP was the second this year against Chinese claims in the South China Sea — the USS Benfold also sailed near the Spratly Islands on Tuesday — but he stressed it was a long-standing US military practice. continues.

“U.S. troops operate daily in the South China Sea, as they have for more than a century,” the U.S. Navy statement said.