164 dead in a week in Kazakhstan fuel hike protests: reports 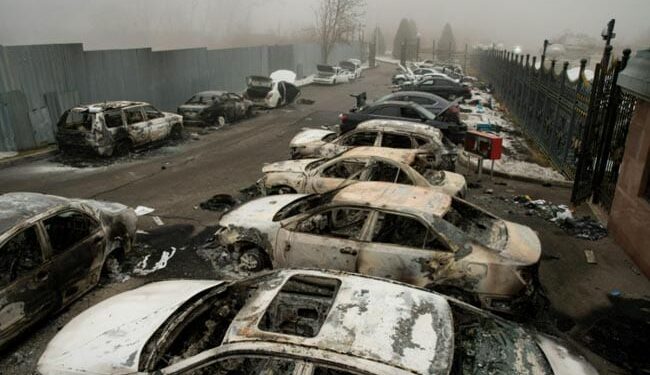 A photo shows a burned-out car in a parking lot in downtown Almaty.

At least 164 people have been killed in violent protests in Kazakhstan this week, including 103 in the largest city of Almaty, media reported, citing the health ministry.

Officials previously said 26 protesters and 16 security officers died in the unrest that erupted over fuel increases and escalated into clashes with law enforcement officers.