5 missiles fired at Iraq Air Force base, no casualties: official 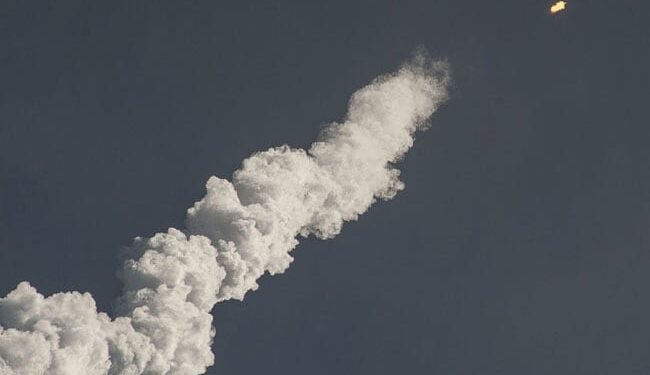 The missiles landed near Ain Al-Asad Air Force Base in western Iraq. (representative)

Five missiles were aimed at an air base used by the US-led coalition in western Iraq on Wednesday but without causing any damage, the latest in a series of attacks, an official said.

“We observed five laps … the closest impact was two kilometers (1.2 miles) away,” said a coalition official. “No damage, no casualties.”

The missiles landed near Ain Al-Asad Air Force Base in western Iraq, in the desert of Al-Anbar Province.

The coalition is using the base in its fight against the Islamic State group.

The same base was targeted on Tuesday, when US-led coalition forces shot down two armed drones.

On Monday, the coalition also shot down two armed drones targeting its compound at the airport in Baghdad, the Iraqi capital.

The attacks on US installations come as Tehran and its allies in the Middle East held emotional commemorations to mark the second anniversary of the assassination of Iranian commander General Qasem Soleimani and his Iraqi lieutenant during a US drone strike on the Baghdad airport.

The January 3, 2020 strike, ordered by then-US President Donald Trump, hit a car in which Soleimani and Abu Mahdi al-Muhandis were driving on the edge of the airport.

The US said at the time that Soleimani planned to take action soon against US personnel in Iraq, a country long torn apart by the competing demands of its key allies Washington and Tehran.

Western officials have blamed pro-Iranian factions for the attacks, which have never been claimed.

The Hashed al-Shaabi – a coalition of former paramilitary groups now integrated into the Iraqi state security apparatus – has repeatedly called for the withdrawal of US troops deployed to Iraq as part of the coalition.

Muhandis was deputy leader of the Hashed at the time of his assassination.

Coalition forces transitioned to a training and advisory role at the end of their combat mission in Iraq early last month.

Also on Wednesday, the coalition also said one of its bases in northeast Syria came under fire from Iran-backed groups.

The development came a day after troops said they had thwarted a rocket attack on the same Syrian base, located in a part of the war-ravaged country controlled by Kurdish forces.

Earlier on Wednesday, the Britain-based Syrian Observatory for Human Rights said pro-Iranian militiamen fired grenades at a US base in the Al-Omar oil field in eastern Syria, causing damage but no casualties.