A Kennedy Center Honors With the Presidential Box Used As Intended 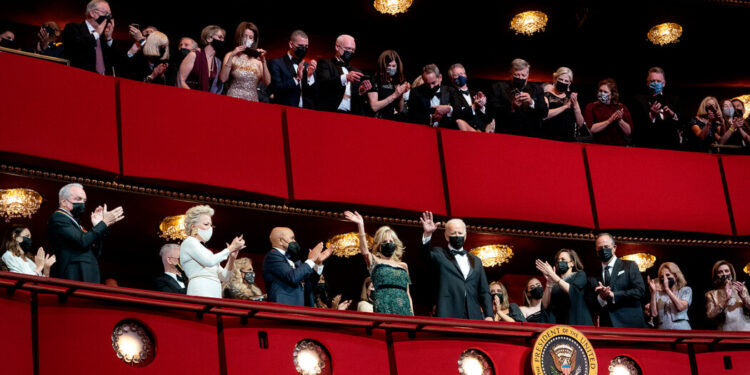 But for the guests of honor and the menagerie of legislators, donors, artists, colleagues and family members who arrived to pay tribute, it was a celebration of not only their legacy, but the return of their communities and live performances after the pandemic hit. art industries in the area. the world.

“It’s very special and it’s a different perspective – I can enjoy, not suffer from nerves,” said Mr. Díaz, who performed Ginastera’s “Beatrix Cenci” (and who sang in the first year of the Kennedy Center) during the Kennedy Center’s inaugural year. performance at the new Metropolitan Opera House at Lincoln Center in 1966). “It’s like coming home again, except for another part of the house.”

Cast members of “Ain’t Too Proud: The Life and Times of The Temptations,” the Broadway musical, sang a cappella on the red carpet between interviews, before taking the stage as a character as part of a tribute to mr. Gordy . For Pete Buttigieg, the transportation secretary, and his husband, Chasten, the evening was their first date night since their twins were born. And California Speaker Nancy Pelosi and a host of bipartisan lawmakers were able to clap and dance in their seats before the end of the night.

In honor of Mrs. Mitchell, at the ceremony there were Brandi Carlile, a friend and collaborator, who performed “River”, Ellie Goulding who sang “Big Yellow Taxi”, and Norah Jones who performed both “The Circle Game” and “A Case of You”. ” performed.

Mr. Díaz became emotional when his daughters, Natascia Díaz and Katya Díaz, sang “En Mi Viejo San Juan” before excerpts from “Carmen” and “Faust” were performed. Ms. Midler then cheered a trio of her “Hello, Dolly” castmates performed “Friends,” before Billy Porter, the actor and singer, came out of a shell to lead a medley of her songs.

A parade of SNL comedic veterans alternated between softly ribbed Mr. Michaels, their former – or current – boss, and thank him for his influence on their careers. It was punctuated by a trio of mock “Weekend Update” segments, hosted by Kevin Nealon, Seth Meyers and Amy Poehler, and Colin Jost and Michael Che. Paul Simon closed the tribute to Mr. Michaels with a performance of ‘America’.