A maple syrup with a hint of Brooklyn Bourbon 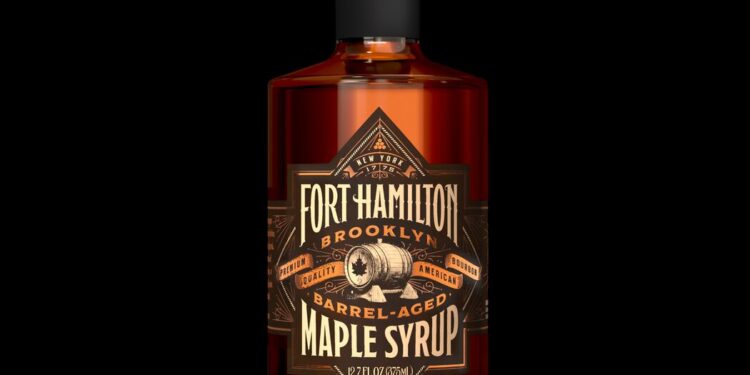 Fort Hamilton Distillery, a five-year-old operation in Industry City, Brooklyn, named after the 19th-century military installation that guards the east side of the Narrows in New York Harbor (Fort Wadsworth on Staten Island is on the west side), is specializes in rye whiskeys, and also makes bourbon. It just added a bourbon barrel-aged maple syrup to this portfolio. The organic syrup, from the Catskills, is infused for 100 days in the charred white oak barrels used to age the whiskies. The deep amber syrup is thick and smells of earth and smoke, elements that contribute to the rich taste. Alex Clark – who founded the distillery with his wife Amy Grindeland – makes it as a way to further the life of the bourbon casks, as federal standards require the whiskey to be aged in new casks. Mr. Clark uses the syrup the old fashioned way. I like it with cornbread and buckwheat pancakes.