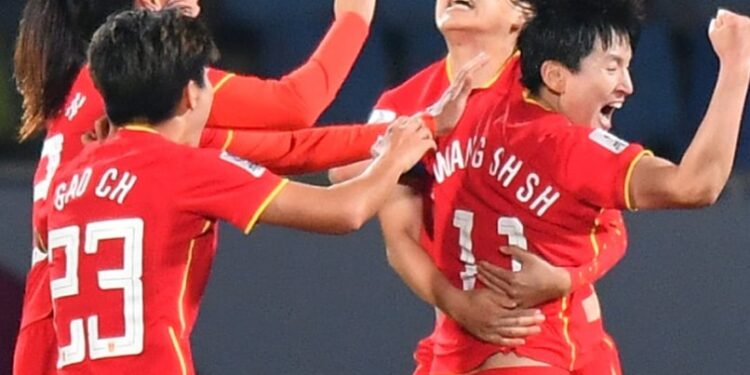 A gritty China fought back on two goals before beating two-time defending champions Japan 4-3 in the semi-final penalty shootout to book a top match against Korea in the AFC Women’s Asian Cup on Thursday. Japan led the game twice, first in normal time and second in extra time, but China had answers each time to lead the game to the penalty shootout at the Shiv Chhatrapati Sports Complex.

When the epic game ended 2-2 after extra time, China won 4-3 in the dramatic penalty shootout to stay on course for a record that continued the ninth title in the continental flagship.

The Steel Roses had won seven consecutive titles between 1986 and 1989 before adding another in 2006.

Japan, which had triumphed in 2014 and 2018, dominated the competition but lost opportunities to fail in their bid to take a hat-trick of titles.

The top match will be played on Sunday at the DY Patil Stadium in Navi Mumbai.

Japan made their intentions clear in the first minute when Hinata Miyazawa tested Chinese keeper Yu Zhu from distance, while Riko Ueki missed a golden opportunity to give the defending champions the lead from the penalty area three minutes later.

A constant threat, Ueki nearly found the breakthrough after Ruka Norimatsu put her on goal in the sixth minute, but Chinese goalkeeper Yu Zhu was quick to block the attacker’s attempt.

Japan increased the pressure with Saki Kumagai and Mana Iwabuchi both missing from the six-yard box, while China sucked the pressure.

Japan should have taken the lead after 21 minutes when Hinata Miyazawa sent in a lovely through ball, but a close effort by Ueki was saved by an advancing Yu Zhu.

However, China’s defense was finally broken in the 26th minute when Hinata Miyazawa burst down the left side and sent a perfect cross to Ueki, who scored with a can header past Yu Zhu.

Japan came close to extending their advantage just before half-time when Miyazawa sent her long-range effort just wide with just one goal between the two teams going into halftime.

Japan’s missed opportunities cost them dearly as China tied the score just a minute after the restart, while Xiao Yuyi made his way past a marker before sending a lovely ball to Wu Chengshu to finish.

Japan almost answered with a goal eight minutes later when Miyazawa put Iwabuchi nicely on top of the penalty area, but the midfielder couldn’t find the target and sent her attempt wide.

Japan should have taken the lead in the 75th minute, but Ueki failed to find the back of the net from close range after Iwabuchi’s cut-back, with extra time needed to decide the semi-final.

China survived a scare in the 97th minute as Ueki Hasegawa set up nicely at the top of the penalty area, but the midfielder’s attempt was denied by the crossbar.

Yu Zhu moments later saved Hasegawa’s shot from the penalty area and Ueki’s header as Japan took a 2-1 lead in the bottom of extra time.

China didn’t get much further in the second period, but just when Japan thought they had secured their place in the final, China skipper Wang Shanshan stepped up to score the equalizing goal, as she was quickest to react to a cross from Zhang Xin in the 119th minute to force play in penalties.

Yu Zhu then saved the first and fifth penalty and Wang Shanshan, fittingly, scored the winner from the spot as China advanced to their first final since 2008.